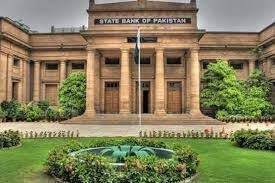 Islamabad. November 26 (APP): The State Bank has denied the news in some parts of the media about stopping payments to Google, calling them baseless and misleading.

According to the statement issued by the State Bank of Pakistan on Saturday, the fact is that in order to facilitate the institutions of the country, the State Bank has appropriated certain services related to information technology (IT) for the use of such institutions. Can buy from overseas and make foreign exchange payments up to USD 100,000 per invoice.

These services include satellite transponder, international bandwidth/Internet/private line services, soft license/maintenance/support, and access to electronic media and databases. Institutions wishing to exercise this option nominate a bank once approved by the State Bank. Later, after this determination these payments can be made by the designated bank without any further regulatory approval.

However, during recent off-site audits, it was observed that along with transferring funds for IT-related services for own use, telcos for video gaming, entertainment content, etc., which their customers receive through Direct Carrier Billing (DCB). By using airtime to buy, most are transferring funds. DCB is generally an online mobile payment method through which users can make purchases by paying into their mobile phone carrier bill.

The telcos were allowing their customers to purchase the above mentioned products through airtime and then showing these transactions as payments for the purchase of IT services. Thus the telcos were effectively acting as intermediaries/payment aggregators by facilitating the purchase of services on behalf of their subscribers. Therefore, in view of the violation of foreign exchange regulations, the State Bank canceled the bank designations of the telcos for these payments.

However, to facilitate their legitimate IT-related payments, Telcos through their banks have been directed to re-submit their applications. and this arrangement involves foreign exchange going out of the country, then he should approach the State Bank separately through his bank for special permission to provide such services under the Foreign Exchange Regulations Act, 1947. Instructions for purchasing T and other services can be found at the following link: