Trump kicks off his 2024 campaign: 'We are at the brink of World War III'

Trump says beating of Nichols 'never should have happened' 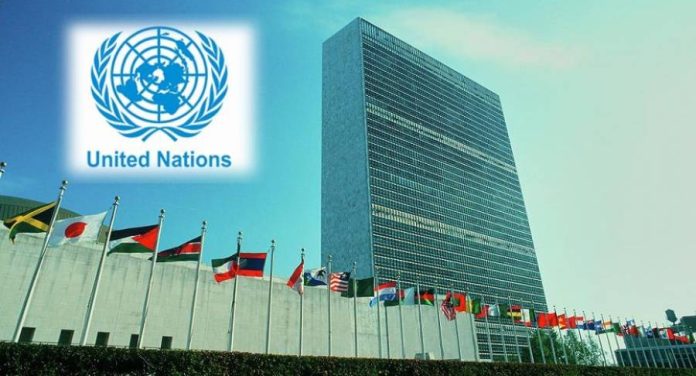 New York – December 02 (APP): The United Nations has strongly condemned the attack on the Pakistani embassy in Kabul, in which the head of the mission, Obaidur Rehman Nizamani, was targeted. However, it is hoped that the security situation in Afghanistan will improve. will

Stephane Dujarric, spokesman for the UN secretary-general, said in response to a question at a routine afternoon briefing in New York on Friday that we are first of all grateful that the security personnel in charge of the embassy were not harmed.

"We very much hope that the seriously injured security guard will recover, but more importantly, we strongly condemn this type of attack," the spokesman added. When asked if the security situation in Afghanistan is deteriorating, Dujarric said that we have seen several attacks in Afghanistan as security challenges.

We want the situation to improve and we will continue to do what we can in this regard. Meanwhile, the Foreign Office in Islamabad has asked the Afghan authorities to investigate the attack and hold those responsible accountable.

Distaste for Walker provides tailwind for Warnock in Georgia

Trump kicks off his 2024 campaign: ‘We are at the brink of World War III’

What will happen with Sean Payton?

One of the four teams that interviewed former Saints coach Sean Payton recently went in a different direction, with the...

Theresa May’s former adviser Nick Timothy is to return to the Home Office to undertake a ‘nuts and bolts’ review...

One man who was injured in a fiery multi-vehicle crash on Brandt Pike in Huber Heights earlier this week has...

Wisconsin suffers an ugly loss to Illinois, the Badgers’ 3rd straight defeat and 6th in 7 games

Greg Gard’s team can play well in spurts, but that hasn’t been good enough and won’t be good enough the...

That the fight between Beterbiev and Bivol, if it occurs, would be for the undisputed light heavyweight title makes it...

The Broncos are still searching for a head coach.

You probably thought it after the Braggin’ Rights blowout of Illinois. Your belief was reinforced after running

Reports suggest the Denver Broncos reached out to Jim Harbaugh one more time about their head coach vacancy.

Who do the NFL experts pick to win this matchup of epic proportions? We've compiled their choices, and here's what...

Joel Embiid turned in an MVP-caliber performance Saturday and the Sixers came back for a 126-119 victory over Nikola Jokic...

Why Steve Kerr kept James Wiseman on Warriors bench in win vs. Raptors