Jordan.. Arresting foreigners who tried to cross the border of a neighboring country

Big, bloated... but Margot and Brad's talkie is a heck of a spectacle: BRIAN VINER reviews Babylon

Tattoo fails prove some artists should be banned working

Biden has 'no regrets' about handling of classified documents

Moscow warns Washington: Your approach is leading the world to disaster The Russian ambassador to the United States, Anatoly Antonov, stated that Moscow has constantly warned Washington that its approach is leading the world to a catastrophic scenario. Antonov said in a press statement on Friday: "We have constantly warned Washington that its betting on inflicting a 'strategic defeat on us' on the battlefield quickly leads the world to a catastrophic scenario," according to Russian media. Advertising material He denied allegations that Russia was threatening to use nuclear weapons, describing them as "hollow and irresponsible". He also emphasized: "No one in the Russian political and military leadership has said such words." 'All-out hybrid war' Antonov also added that "the Americans and their allies are waging an all-out hybrid war against Russia and on our lands." He pointed out that the United States is at the same time exploiting its NATO partners by "forcing them to finance the prosperity of the American military-industrial complex," adding that "the American defense industry did not see such funds even during the years of the Cold War." It could spark a nuclear war. It is noteworthy that former Russian President Dmitry Medvedev warned Thursday that "the defeat of a nuclear power in a conventional war may spark a nuclear war," referring to the Russian military operation in Ukraine. In a post on Telegram commenting on NATO's support for the Ukrainian army, Medvedev, an ally of current President Vladimir Putin, wrote that "nuclear powers never lose in major conflicts on which their fate depends," according to Reuters. While the White House considered that the Russian statements regarding the dangers of a nuclear conflict are dangerous, calling for mitigating them. This coincides with the continued pumping of large quantities of weapons and military equipment to Kiev by the United States and NATO.

Unviable.. The United Nations mission threatens to withdraw from Mali.. 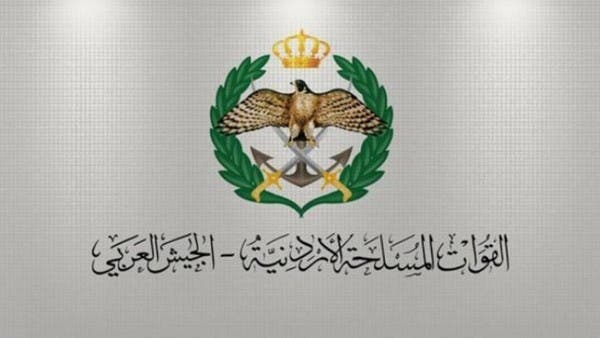 An official military source in the General Command of the Jordanian Armed Forces announced that the salaries of the southern military region thwarted today, Sunday, an attempt to infiltrate a group of foreign nationals into a neighboring country.

The source added that the salaries of the southern military region, in coordination with the Directorate of Military Security, monitored through forward observations an attempt by a group of people to illegally cross the border from Jordanian territory to the territory of a neighboring country.

He also added that rapid reaction patrols were launched and the rules of engagement were applied, which led to their arrest and handing them over to the concerned authorities.

The source affirmed that the Jordanian army will deal with force and firmness with any infiltration or smuggling attempt to protect the borders and prevent those who tempt themselves to tamper with Jordanian national security.

Big, bloated… but Margot and Brad’s talkie is a heck of a spectacle: BRIAN VINER reviews Babylon

Babylon (18, 189 mins) Rating: ***  Verdict: Bloated and barmyAdvertisement The late 1920s in Hollywood was a time of bloated, self-indulgent...

There aren't many great head-coaching openings this offseason.

Tattoo fails prove some artists should be banned working

Tattoos can be a wonderful expression of individuality, but if you don’t go to a skilled studio you can end...

With eight teams remaining heading into the NFL divisional round, lets rank the wide receiver duos who could cause the...

No. 5 UCLA finds a way to hold off Arizona State, extends win streak to 14

Tyger Campbell scored 22 points as No. 5 UCLA remained undefeated in Pac-12 Conference play with a 74-62 win over...

Matt Harmon, Scott Pianowski and Frank Schwab go over all four of the NFL playoff games coming up this weekend...