Yemen.. the bodies of 7 fishermen were found days after they went missing

‘We are not afraid’: Indigenous Brazilian women stand up to gender violence

Rep. George Santos May Have Confirmed His Drag Queen Past In Old Wikipedia Post 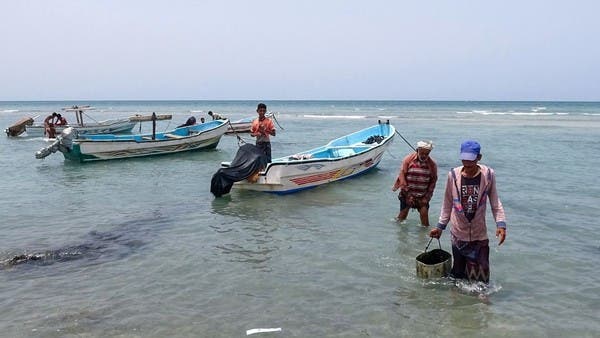 On Thursday, Yemeni citizens found the bodies of 7 fishermen, from the Al-Mokha district, Taiz governorate, off the coast of the city of Hodeidah, three days after they went missing with their boat in Yemeni territorial waters.

And media sources stated that six bodies were found floating off the coast of Al-Kathib area in Al-Hodeidah, and that they belong to the missing fishermen, all of whom are from the Al-Mokha district.

It added that the body of the seventh fisherman was found on their overturned boat, tied with ropes, 20 nautical miles in the Al-Ari area from the fishing port in Hodeidah.

According to the sources, the body of one of the missing fishermen was towed with the boat to the fishing port in Hodeidah, while arrangements will be made to return the bodies of the fishermen to their hometowns.

It is believed that the strong winds caused the boat to capsize, which was declared missing a few days ago in the Al-Mokha district, and efforts to search for them failed.

Incidents of fishermen's boats losing and drowning in the territorial waters of the Red Sea have been repeated, either as a result of the explosion of sea mines planted by the Iranian-backed terrorist Houthi militia, or their drowning due to strong winds and high waves during the past years, which resulted in dozens of deaths.

‘We are not afraid’: Indigenous Brazilian women stand up to gender violence

Women from Brazil’s indigenous communities are particularly vulnerable to gender-based violence, but UN-backed initiatives, and a change in the law,...

LMU hasn't beaten Gonzaga on the road since 1991.

Without four starters, the Warriors found a way to beat the Cavaliers, ending the road trip with a 3-2 record.

Joseph brothers get called for matching penalties in hilarious sequence

Mathieu and Pierre-Olivier Joseph provided the blooper of the week with hilarious incidental penalties in their first NHL game against...

Blue Jays’ Vladimir Guerrero Jr. reveals which team he enjoys beating the most

Vladdy continues to win the hearts of Blue Jays fans by repeatedly bashing the Yankees.

NHL needs to crack down on growing interference problem

This week we look at the NHL's 'pick' problem, the disgrace in Vancouver, Detroit's latest Swedish gem and more.