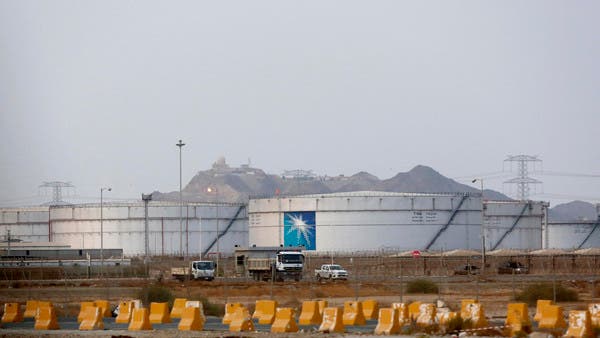 A Reuters survey showed yesterday, Wednesday, that OPEC oil production rose in December, despite the agreement of the broader OPEC + alliance to reduce production targets to support the market.

OPEC+, which groups the Organization of the Petroleum Exporting Countries (OPEC) and allies including Russia, agreed last month to commit to cutting oil production by 2 million barrels per day.

Riyadh and other OPEC members provide monthly export figures to Judy, which it publishes on its website.

OPEC said on Tuesday that Chinese oil demand will rebound this year due to the country's easing of COVID-19 restrictions and will lead global growth, in an optimistic tone about the global economic outlook in 2023.

A political test for Macron… France is rising up against amending the retirement system Between mass demonstrations in various French regions, the disruption of transportation, the reduction of electricity production, and the closure of schools in Paris, France is witnessing Thursday strikes and widespread protests against Emmanuel Macron's reform of the retirement system, which constitutes a political test for the president amid economic and social tensions. This came as the reform project, foremost of which is the clause raising the retirement age from 62 to 64 years, faces objection from a unified trade union front, in addition to a great resentment among public opinion, according to polls, according to AFP. Advertising material For her part, Florence Trentignac, 54, a health worker who demonstrated with thousands of others in Clermont-Ferrand, central France, said, "This reform is the straw that broke the camel's back." Thousands demonstrated Many also demonstrated in various French cities on Thursday morning, before a protest march was launched in Paris at around 13:00 GMT to express the refusal to raise the legal retirement age. According to preliminary official figures, about 30,000 people demonstrated in Toulouse (southwest), 26,000 in Marseille (southeast), 15,000 in Montpellier (southeast), and 14,000 in Tours (center). At the beginning of the march in Paris, CFDT Secretary General Laurent Berger said that the mobilization "exceeded our expectations." "very Difficult" While the teacher, Manon Marc in Paris, confirmed her rejection of this reform, adding: "I see that they are mocking us. They do not know what it means for someone to work until the age of 64 in these circumstances." The Minister Plenipotentiary for Transport, Clement Bonn, had said: "It will be a very difficult Thursday… major disruptions in transportation," calling for postponing movement and working remotely. Demonstrators in Strasbourg, eastern France, on January 19 (AFP) Very tangible It is noteworthy that workers in the public "Electricité de France " have reduced electricity production to at least twice Paris' consumption of electrical production. As for the refineries, the branch of the General Union of Labor in the "Total Energy" group registered a strike between 70 and 100% of the workers in most of the group's branches. The strike was very significant in transport, with no trains running between the regions and few high-speed trains operating, depriving much of the Paris suburbs of ease of transport. Riot police during a protest in Paris on January 19 (AFP) On Thursday, the Civil Aviation Authority asked airlines to cancel 20% of their flights from Paris-Orly airport due to the strike by air traffic controllers. The "Unified Trade Union" of teachers in France also pointed out that 70% of teachers in primary schools and 65% of them in middle and secondary schools have gone on strike. Macron's party may weaken And in the event that the social movement is comprehensive and prolonged, this may weaken Emmanuel Macron’s party, especially since it does not have a majority in the National Assembly. The draft amendments to the retirement system constitutes an important station for the French president in his second term. This political test for Macron, who still keeps himself out of direct confrontation and leaves Prime Minister Elizabeth Bourne at the forefront, comes in a tense economic and social context. A call to "paralyze the economy" The French are suffering from an inflation rate of 5.2% in 2022, in a country that was previously rocked by the "yellow vest" demonstrations in protest against the high cost of living in Macron's first term. While the head of the Labor Force Union, Frederic Soyo, who opposes this reform, warned that "the struggle will be severe," calling for "crippling the economy." Despite their differing methods of work, the eight major unions are working on a united front for the first time in 12 years. The left, as well as the harsh right, opposes this reform, while only the right seems open to finding a compromise. is the lowest France is one of the European countries where the legal retirement age is the lowest. In Germany, Belgium and Spain, it is 65 years old and 67 in Denmark, according to the Center for European and International Links to Social Security, a French public institution. The French government chose to extend the working period per capita, to counter the financial deterioration of pension funds and the aging population.

Were you on MySpace, reader? I wasn’t. I’m Diamond Naga Siu, and I was barely a human yet when it...

UConn women's basketball coach Geno Auriemma ripped the officiating at halftime of the Huskies' game against the Lady Vols.

A mathematician who was born in Russia and has spoken out against Vladimir Putin‘s war in Ukraine was the UK’s...

Nigeria election 2023: Who is Bola Tinubu?