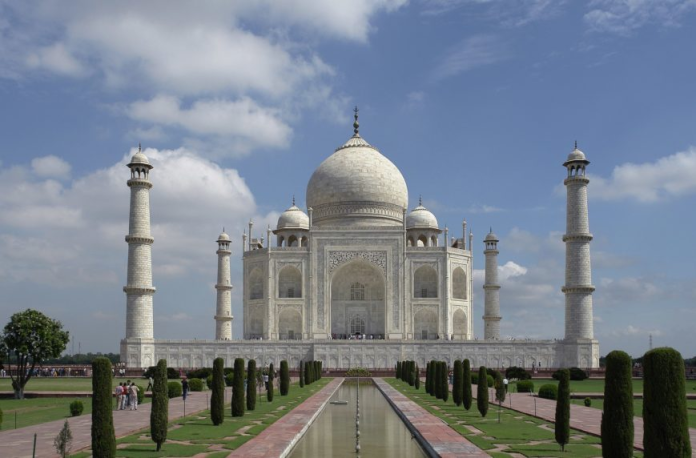 Islamabad – December 6 (APP): 30 years after the martyrdom of the Babri Masjid, extremist Hindus have begun to look down on the historic Taj Mahal, threatening the Islamic heritage in India. are

They are falsely claiming that the Taj Mahal originated in the Hindu era, a recent writ petition filed by a leader of Narendra Modi's ruling Bharatiya Janata Party (BJP) called for a "study of the real history" of the Taj Mahal. A fact-finding committee has been called for to declare the Taj Mahal as a Hindu heritage site instead of a UNESCO cultural heritage site.

Rajneesh Singh, BJP's media chief in Ayodhya, has given an excuse in his plea that there is no "scientific evidence" to prove that Mughal emperor Shah Jahan built the Taj Mahal. Even though the Indian court thwarted their attempt, BJP leaders have for years repeated and expanded the ahistorical claim that the Taj Mahal is actually a Hindu temple, dating back to the reign of the Mughal Emperor Shah Jahan. Built first. Along with Hindutva, RSS is projecting a narrative against historical monuments built by Muslim rulers all over India.

Under the BJP regime, the right-wing RSS has been campaigning to rename Hindu cities and claim to build more than 36,000 mosques on temple sites across India, including Aligarh, Deoband, Farrukh. Abad, Badayun, Sultanpur, Firozabad and Shahjahanpur are included. The UP government has already renamed Faizabad to Ayodhya and Allahabad to Prayagraj. Modi's close aide and UP Chief Minister Yogi Adityanath has been renaming Muslim background districts and regions in an effort to erase Muslim identity. In 2017, Vinay Katiyar, then a BJP member of the Rajya Sabha, claimed that the monument was actually a Shiva temple called 'Teju Mahaliya', which was "originally" built by a Hindu ruler. was made

The recent Taj Mahal incident has revived the wounds of the martyrdom of the historic Babri Masjid on December 6, 1992. The martyrdom of the Babri Masjid in Ayodhya under the leadership of Ram Janmabhoomi Movement President LK Advani has been blamed on the BJP and the RSS. The claim was to bolster the claim that the temple in Ayodhya was built on the site where the Hindu god Lord Rama was born. Shri Raj Nair, a spokesman for the Hindu nationalist group Vishwa Hindu Parishad (an RSS sub-group) said that it was a It was a big success. All the accused involved in the Babri Masjid martyrdom were acquitted by a special CBI court during the second term of Modi's regime, despite the fact that the Babri Masjid martyrdom was recorded in newspapers and on video, the court said. That evidence is not admissible.

According to Hindutva, the Babri Masjid is not the only one that has been captured under this. Earlier, the 17th-century Gyanavapi Masjid, which was built by the Mughal emperor Aurangzeb, is also claimed by extremist Hindus to have been built on top of the Vishweshwar temple, where in 2021 Tensions flared when five women filed a petition seeking access to pray inside the mosque, a single petition that has now grown to 15 separate petitions, with many calling for the mosque to be destroyed. And demanded to build a temple in its place.

After the martyrdom of the Babri Masjid, it is now likely that the courts will rule in favor of the Hindus under the Modi government. Extremist Hindus are also claiming that the Shahi Eidgah Mosque built in Mathura during the Mughal Emperor Aurangzeb's reign in 1669 was built on the Keshwadev temple. They are also claiming that it was built by demolishing the Neelkanth Mahadev temple. Eyes are closed, there is a need for a concrete plan of action at the global level to protect the historical heritage and property of Muslims in India.

Jan. 19—A complaint of animal neglect and the resulting investigation has led to a Cumberland County Grand Jury indictment against...

President Joe Biden.JIM WATSON/POOL/AFP via Getty Images Many in the White House were blindsided when AG Garland appointed a special...

Some two million people in Lebanon, including 1.29 million Lebanese residents and 700,000 Syrian refugees, are suffering some form of food...

President Joe Biden scolded reporters who brought his unwelcome documents imbroglio all the way with him to Santa Cruz, California,...