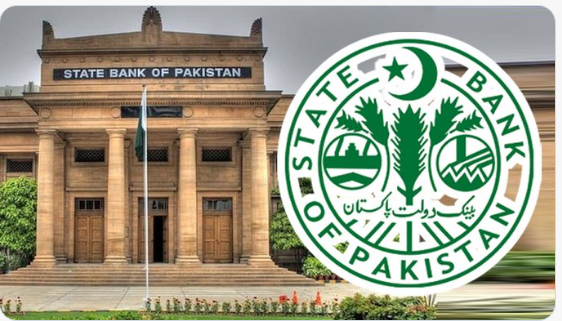 The objective of the decision is to ensure that hyperinflation does not become entrenched, risks to financial stability are contained and thereby pave the way for higher growth on a more sustainable basis. In this period of ongoing economic slowdown, inflation is increasingly fueled by persistent global and domestic supply shocks, which are driving up costs.

This then spills over into broader rates and wages, which could lead to inflationary expectations being misaligned and affecting medium-term growth. As a result cost inflation cannot be ignored and a response through monetary policy becomes necessary. The MPC noted that the short-term cost of reducing inflation is lower than the long-term cost of allowing it to persist.

At the same time, controlling food insecurity through management measures to remove supply chain bottlenecks and making necessary imports is a high priority. After the last meeting, the MPC noted three important national developments. First, headline inflation rose sharply in October as the effects of last month's administrative cut in electricity prices came to light. Due to the crop damage caused by the recent floods, the prices of food items have increased significantly and inflation has further increased.

Secondly, the sharp decline in imports led to a substantial moderation in the current account deficit in both September and October. Despite this moderation and fresh funding from ADB, external account problems persist. Third, the government's assessment of flood damage has reconfirmed growth of around 2% in FY23 and a current account deficit of around 3% of GDP, which was discussed in the previous monetary policy statement. was told However, higher food prices and inflation are now likely to increase average inflation to 21-23% in FY23.

Interim hiatus due to floods and ongoing policy and administrative measures after the last monetary policy meeting has moderated economic activity. Most demand indicators, including sales of cement, petroleum products and vehicles, reflected a double-digit contraction on a year-on-year basis in October. Supply-side power generation declined for the fifth consecutive month and fell by 5.2 percent (y/y). LSM output in September was weaker than last year, with positive growth only in export-oriented sectors. The latest agriculture estimates show heavy yield losses in rice and cotton crops due to flooding, which, combined with slower growth in manufacturing and construction, will weigh on growth this year.

The current account deficit continued to moderate in both September and October to $0.3 billion and $0.6 billion respectively. Overall, the current account deficit narrowed to $2.8 billion in the first four months of FY23, nearly half of the same period last year. A major role in this improvement was played by a broad-based decline in imports, which fell by 11.6 percent to $20.6 billion, while exports rose by 2.6 percent to $9.8 billion.

Remittances, on the other hand, declined by 8.6 percent to $9.9 billion, reflecting the widening gap between the interbank and open market exchange rates and the strengthening of the US dollar. In terms of financing, uncertainty in the country and tough global financial conditions are having negative effects on inflows and major central banks are continuously increasing policy rates.

In the first four months of FY23, there was a net inflow of $1.9 billion in the financial account, which was $5.7 billion in the same period last year. Going forward, the effects of higher cotton imports and lower exports of rice and textiles after the floods should be offset by broad-based moderation in imports due to economic slowdown and lower global commodity prices.

Consequently, the current account deficit is expected to remain moderate in FY23 with a gradual improvement in foreign exchange reserves due to the expected recovery of external funds from bilateral and multilateral sources. If the recent decline in global oil prices persists or the pace of rate hikes by key central banks slows, this will further ease pressure on the external account.

Despite the estimated contraction for FY23, the financial results in the first quarter reflect a deterioration compared to the same period last year. The fiscal deficit widened to 1 percent of GDP from 0.7 percent, while the primary surplus narrowed to 0.2 percent of GDP. The main reason for this decline was the decline in non-tax revenue and higher interest payments.

Along with this, the growth in FBR's tax revenue has halved to 16.7% (year-on-year). In response to the floods, the government took a number of relief measures for the agricultural sector, including providing agricultural inputs to farmers at a markup and agricultural inputs. Achieving the projected aggressive fiscal consolidation for the year may be difficult due to floods, but it is important to minimize deviations by meeting additional expenditure requirements through reallocation of expenditure and external grants. While transfers of funds should be limited to the needy sections only.

Fiscal discipline must be maintained to support monetary tightening, which together will help contain inflation and reduce external vulnerabilities. Concomitant with the slowdown in economic activity, the private sector moderated and the first quarter During the period, there was an increase of only 86.2 billion rupees, while in the same period last year, there was an increase of 226.6 billion rupees. The main reason for this decline is a sharp decline in capital loans to the wholesale trade and retail services sector and a slowdown in consumer loans to the textile sector following low domestic production of cotton.

The pace of inflation also accelerated, increasing by 4.7 percent (month-on-month). As a result of these developments, the inflation estimate for FY23 increased. Although inflation is likely to continue higher than expected, inflation is expected to remain close to the upper level of 5-7% as per the mid-term target by the end of FY24, with prudent economic policies, control of the rupee's value. Movement, normalization of global commodity prices and favorable fundamental effects will play a role.