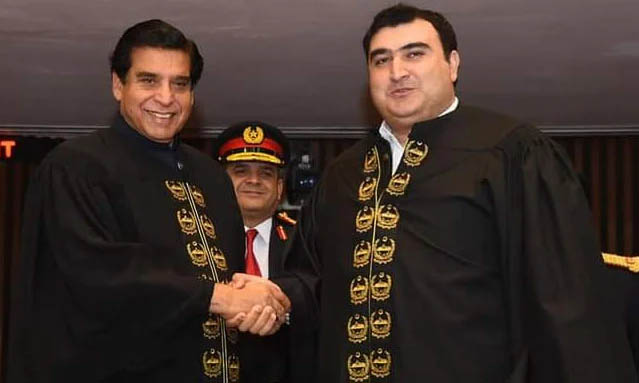 In his separate congratulatory messages on Thursday, he said that the appointment of General Sahir Shamshad Mirza as the Chairman of the Joint Chiefs of Staff Committee and General Syed Asim Munir as the Chief of Army Staff were carried out by consensus under the prescribed procedure and merit. The government also deserves congratulations for bringing, General Sahir Shamshad Mirza and General Syed Asim Munir are among the most capable and talented generals of the Pakistan Army and they have served in the most important key positions of the Pakistan Army.

He said that Pakistan Army is one of the best forces in the world, its leadership is no less than an honor. He expressed the expectation that under the leadership of General Sahir Shamshad Mirza and General Syed Asim Munir, the Pakistan Army would emerge as a stronger and more active organization than before. He also expressed good wishes for his success as Chief of Army Staff.