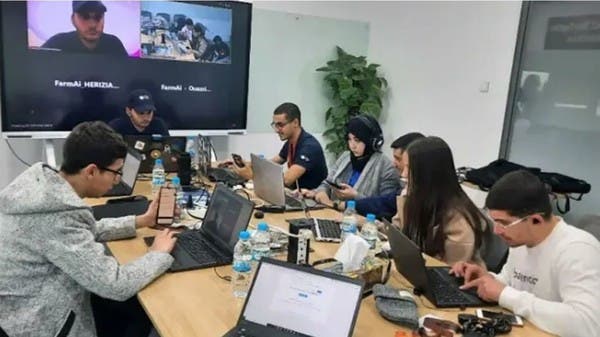 An Algerian team took second place in the global final of the Huawei "Technology for the Common Good" or "Tech4 Good" competition, which was organized by the company last Thursday, for providing solutions for drones based on artificial intelligence used in the agricultural field, and won a check of $ 15,000.

According to a statement by Huawei Algeria, this Algerian team, Farmi, which provides a solution to deal with the problems faced by farms using drones and artificial intelligence, ranked second in the world, and was distinguished among 11 global startups, after It was presented to the members of the international jury, and thus the Algerian team won a check of $15,000.

The source stated that the “Pharm Eye” team won the prize for the best choice of the public with more than 10,000 votes for the Algerian team, and it is expected that the same team will compete next February with two teams to win sponsorship of $ 100,000.

Twitter's new round of layoffs

‘She shot her like she was nothing’: Trial begins for woman accused in deadly shooting of teenager

Opening statements began Tuesday morning in the trial of a woman charged with shooting and killing a teenager in 2020....

Column: Here’s why Congress and our political system allow these mass shootings to continue

Shally, who witnessed the mass shooting in Monterey Park and whose dance partner died, pays her respects at a makeshift...

EDEN CONFIDENTIAL: We will shock you! Queen star Brian May has applied to trademark his OWN NAME

Fancy getting between the sheets with Queen guitarist Brian May?  I hear he’s applied to the Intellectual Property Office to...

As more Americans have died in mass shootings in recent days, the parents and families of children killed in a...