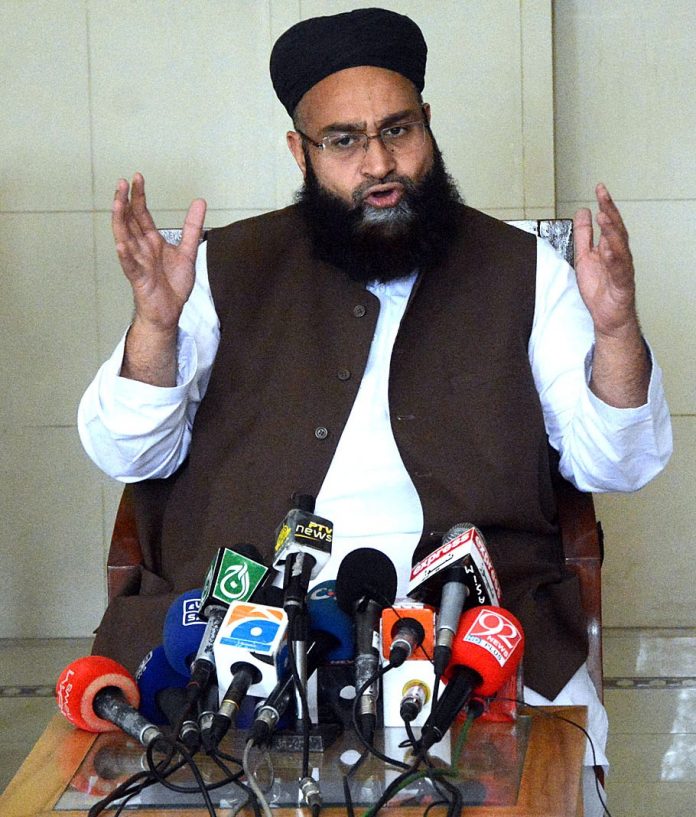 Islamabad. November 26 (APP): Chairman of Pakistan Ulama Consul Hafiz Muhammad Tahir Mahmood Ashrafi has said that having the Football World Cup in Qatar is a matter of happiness and joy for the Islamic world and the Arab world. What is a proud act by maintaining Islamic traditions, the baseless propaganda against Qatar is rejected by the government and people of Pakistan.

He said this while talking to media representatives on Saturday.

He said that Qatar is an important country in the Islamic world and the Arab world. Having the Football World Cup in Qatar is a matter of happiness and joy for the Arab world and the Islamic world. The way the Qatari government has made arrangements for the Football World Cup is commendable and appreciable. The way Qatar maintained its Islamic identity in these arrangements will always be remembered.

He said that those who criticize Qatar for following Islamic teachings and its traditions and values are actually afraid of the success of an Islamic Arab country. During the Football World Cup, the leadership of the Islamic world and the Arab world came to Qatar and showed solidarity with the government and people of Qatar. It is commendable.

He said that the people of Pakistan, the government, the Ulemas and the Sheikhs support all the positive initiatives of Qatar, but expressing complete solidarity with Qatar, they reject all kinds of propaganda against Qatar.

Incidents of violence against journalists and abuse of officers are highly condemnable, Imran Khan's true nature is coming out with every passing moment, Federal Information Minister Maryam Aurangzeb's tweet