Musk as president of America and the abolition of the euro... Putin's ally's expectations for 2023 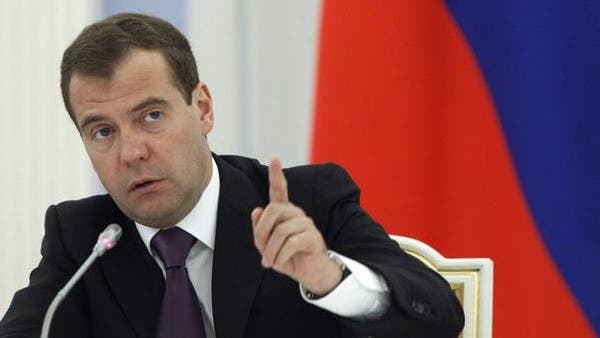 Former Russian President and Vice President of the Russian Security Council Dmitry Medvedev presented "future expectations" for the year 2023, in which the rise in oil and gas prices, the collapse of the European Union, the outbreak of civil war in the United States, and the victory of Elon Musk in the US presidential elections.

And an ally of Russian President Vladimir Putin wrote on Telegram: “Many are practicing futuristic hypotheses, competing in proposing the most unexpected and even ridiculous things, and we will present our hypotheses as well, what could happen in 2023: an increase in oil prices to $ 150 a barrel, and gas prices to $ 5,000.” per 1000 cubic metres.

The collapse of the European Union

While he did not mention any scenario of the Ukrainian war in his predictions, he expected Poland and Hungary to take over the western regions of the former Ukraine. The establishment of the Fourth Reich, and then the outbreak of war between France and the Fourth Reich. and the division of Europe, including a new division of Poland.

Those are definitely the most absurd predictions I've ever heard, while also showing an astonishing lack of awareness of the progress of artificial intelligence and sustainable energy.

2. Britain's return to the European Union.

4. The seizure of the western regions of the former Ukraine by Poland and Hungary.

5. Creation of the Fourth Reich on the basis of Germany, and the Allied Powers that joined it (Poland, the Baltic States, the Czech Republic, Slovakia, Romania, the Kyiv Republic, and other pariahs).

6. War between France and the Fourth Reich and the partition of Europe, including the new partition of Poland.

7. The separation of Northern Ireland from the Kingdom of Great Britain and accession to the Republic of Ireland.

8. An American civil war, the secession of California and Texas into two independent states, the establishment of the union state of Texas and Mexico, and the subsequent victory of Elon Musk in the US presidential elections in some states designated for Republicans after the civil war.

9. Transfer of all major stock markets and financial activity from the United States and Europe to Asia.

10. The collapse of the Bretton Woods financial system, including the collapse of the International Monetary Fund and the World Bank, the rejection of the euro and the dollar as world reserve currencies, the return of the gold standard, and the transition to the active use of digital currencies.

But the American billionaire Elon Musk responded to these predictions, describing them as absurd, saying: "These are definitely the most ridiculous predictions I have ever heard, which show an amazing lack of awareness of the progress of artificial intelligence and sustainable energy."