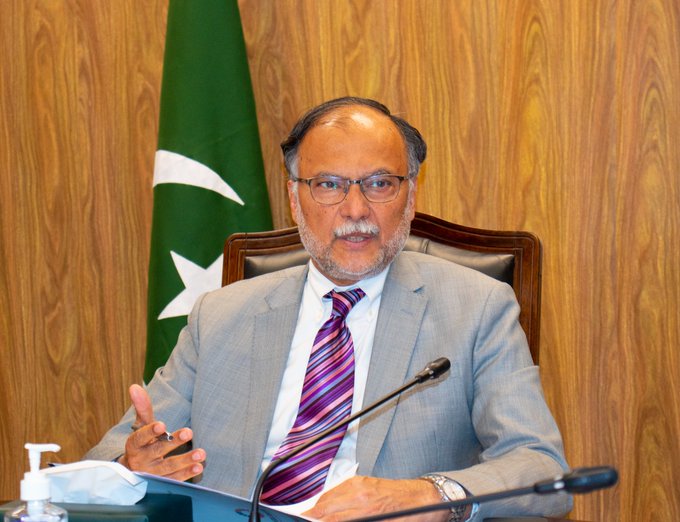 Islamabad, November 29 (APP): Federal Minister for Planning, Development and Special Measures Ahsan Iqbal paid tribute to the late journalist Ziauddin on his first death anniversary and awarded him the country's third highest award for services in the field of journalism. has announced the award of Aizaz Satara Imtiaz, this award will be received by his family on August 14, 2023.

The federal minister made this announcement while paying homage to the late journalist during a condolence reference organized by the Ministry of Planning. The event was attended by civil society workers, journalists and people from different walks of life. Late Ziauddin passed away on November 29, 2021 in Islamabad at the age of 83 after prolonged illness. During his illustrious career spanning 60 years, late Ziauddin worked extensively for almost all the major newspapers of the country, including The Muslim, The News, Dawn and The Express Tribune.

The participants appreciated the efforts of Ministry of Planning on this initiative. The Federal Minister also announced the establishment of Development Communication Department in the name of late Ziauddin in Pakistan Institute of Development Economics (PID) for young students and the launch of courses for journalists in the name of late journalists for the convenience of young journalists. . Speaking on the occasion, the participants paid great tribute to late Ziauddin who dedicated his entire life for free journalism, democracy and the betterment of media workers.

Education system needs to be made flexible for emergency situations, Federal Education Minister Rana Tanveer Hussain's address to the conference