Joining the naval warships in the Pakistan Navy will strengthen Pakistan's efforts to establish peace in the region, Maryam Aurangzeb

CPEC will prove to be a game changer for the region, Minister of State for Interior Abdul Rahman Kanjo's speech at the first conference of the Global Public Security Forum

Nawaf bin Saeed Ahmed Al Maliki, the ambassador of Saudi Arabia, met with the chairman of the Senate, discussed issues of mutual interest 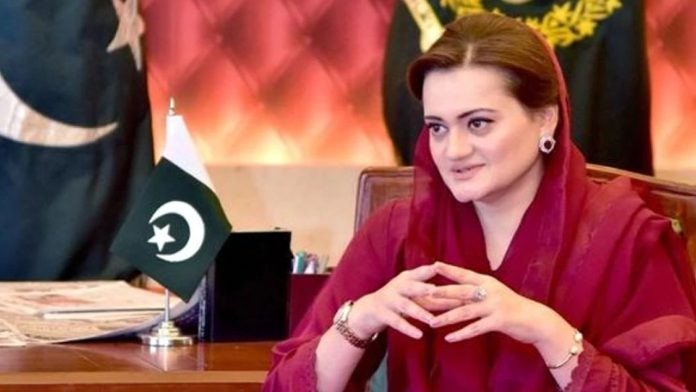 In his tweet on Friday, he said that the joining of warships in the Pakistan Navy will strengthen Pakistan's efforts to establish peace in the region.

We are determined to promote cooperation in all fields including bilateral trade with Turkey, Prime Minister Muhammad Shahbaz Sharif's press conference with President Recep Tayyip Erdogan Istanbul, November 25 (APP): Prime Minister Muhammad Shahbaz Sharif has invited Turkish investors to invest in Pakistan, saying that he is determined to promote cooperation with Turkey in all fields, including bilateral trade, against terrorism. Pakistan and Turkey are united, developing countries are more affected by the huge increase in global prices. He expressed these views while addressing a joint press conference with Turkish President Recep Tayyip Erdogan on Friday. The Prime Minister said that he considers Turkey as his second home and is very grateful for the enthusiastic hospitality of President Recep Tayyip Erdogan. He said that Pakistan and Turkey have always helped each other in every difficulty, Pakistan has suffered loss of life and money in the war against terrorism, Pakistan and Turkey are united against terrorism. He said that he is determined to further promote cooperation in various fields including bilateral trade with Turkey. He said that the prices of commodities have increased enormously at the global level, developing countries are being affected more by the increase in prices. The Prime Minister said that Pakistan is advancing the CPEC project together with China, the completion of CPEC will usher in a new era of development and prosperity of the region. He said that I invite Turkish investors to invest in Pakistan, there are vast investment opportunities in Pakistan. He said that Pakistan and Turkey are one and the same and ideal brother countries. President of Turkey Recep Tayyip Erdogan while addressing the press conference said that today we jointly launched PNS Khyber, we have completed many projects together with Pakistan. He said that both the countries have long-standing brotherly relations, they will help Pakistan in every possible way against terrorism, Pakistan has taken strong measures against terrorism. He said that we helped the Pakistani flood-affected brothers and sisters in every possible way. He said that the increase in bilateral trade is among our priorities, Pakistan and Turkey supported each other in every difficult time, both countries have the same position on international forums.