He financed a movie by Tom Cruise... a lawsuit that exposes a billionaire close to Putin

Biden finally gets a win against inflation

Panel seeks to allow re-exports of Swiss weaponry to Ukraine

Putin Lackeys Lose Their Minds Over Ukraine Getting Battle Tanks 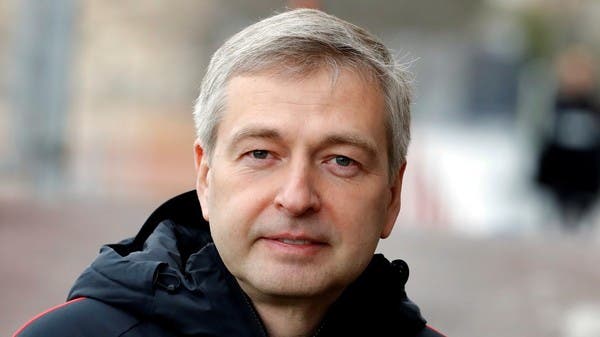 A lawsuit in the United States revealed that a billionaire close to Russian President Vladimir Putin contributed to the financing of the production of the movie “Top Gun: Maverick”, starring Tom Cruise.

Russian oligarch Dmitry Rybolovlev exercised, according to the lawsuit, “functional control” over the production company “New Republic Pictures”, which signed contracts worth $ 200 million in 2020 with the Hollywood giant “Paramount Pictures” to finance up to a quarter of the budgets of 10 films.

After the Russian operation

Documents submitted to the Los Angeles Superior Court also showed that Rybolovlev transferred his assets from the project after Russia launched its military operation in Ukraine in February 2022, for fear of freezing it after Washington and the European Union imposed sanctions on wealthy supporters of the Kremlin, according to the British newspaper The Times.

It was the former head of the "New Republic Pictures" company, Bradley Fisher, who revealed that Rybolovlev had contributed to financing the production of Hollywood films. He said in his lawsuit that the Russian billionaire violated the terms of the contracts, and that he owed him $15 million.

It is noteworthy that Rybolovlev was not among the Russian oligarchs whose assets have been frozen by the United States and other Western countries since Putin announced Russia's "special operation" in Ukraine.

However, Fisher's complaint says that shortly after the imposition of US sanctions on Russian figures , Rybolovlev took a precautionary step to prevent the confiscation of his assets in the United States, to end his commercial activities there, including film production.

It is noteworthy that Rybolovlev, who owns the French football club Monaco, made his fortune in the era of privatization in the nineties of the last century, when he acquired most of the shares of the "Uralkali" company, which is the largest producer of potassium fertilizers in Russia.

It should be noted that Rybolovlev faces corruption charges in Switzerland.

(Reuters) – Digital Currency Group-owned Luno said on Wednesday it would cut 35% of its total workforce, the latest in...

Biden finally gets a win against inflation

The war on inflation may be far from over, but the economy has reached a key, little-noticed milestone: Workers’ wage...

Camilla was warmly welcomed by her adorable rescue Jack Russells Beth and Bluebell during a visit to Lacock today. The Queen Consort...

The NFL named the finalists for MVP, Defensive Player of the Year and more major awards that will be handed...

Wild veteran Ryan Hartman had an unfortunate finish to Tuesday's game and his coach threw him right under the bus.

This is the dawn of the Bengals’ villain origin story

Right now, the Bengals are cool. Joe Burr, and all that. But if Burrow and Cincy start to pile up...

Rumor: Aaron Rodgers linked to Colts; how would it affect Bears?

ESPN's Jeremy Fowler reported a rumor about Aaron Rodgers' link to the Colts for a potential offseason trade. How would...

‘He was different’: How did Joe Burrow do as an Ohio State football quarterback?

Here's what you need to know about Joe Burrow's path from Ohio State to the Cincinnati Bengals.

Novak Djokovic said he "sent a message" at the Australian Open by thrashing Andrey Rublev on Wednesday to make the...

Rory McIlroy: Yes I ignored Patrick Reed – because he subpoenaed me on Christmas Eve

Rory McIlroy has admitted he did ignore Patrick Reed here but said that the American has no right to expect...

Novak Djokovic has equalled a record held by his former coach Andre Agassi with a 26th consecutive victory at the...