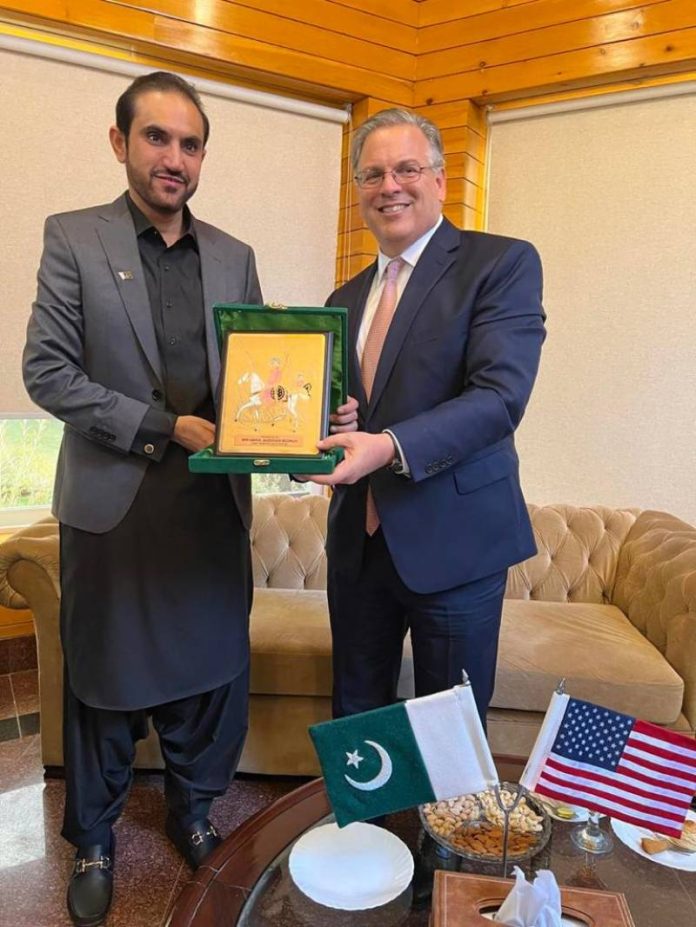 Quetta. November 23 (APP): Balochistan Chief Minister Mir Abdul Qudous Bizenjo has said that Balochistan is a strong part and future of Pakistan. The security situation in the province is much better than in the past and there are no serious security threats. are National highways and development projects in the province are safe and unnecessary check posts have been abolished.

The Chief Minister expressed these views during the meeting with the American Ambassador Mr. Donald Bloom at the Chief Minister's Secretariat. Chief Secretary Balochistan Abdul Aziz Aqeeli was also present on this occasion. Other matters of mutual interest were discussed, including the restoration and law and order situation in the province. The Chief Minister said that Pakistan and Balochistan are under the influence of environmental change.

Sometimes we have to face drought and sometimes floods and the recent floods caused widespread damage in the province in which more than one hundred and twenty five thousand houses were destroyed. The challenge is and the government is determined to rehabilitate the victims. The area of the province is sparsely populated and fragmented, making it difficult to provide basic necessities to the people. Regarding the development of Gwadar, the Chief Minister said that development projects are going on rapidly in Gwadar and illegal trawling has been stopped in the maritime boundaries of Balochistan.

Border trade has been increased for employment of people and water problem has also been solved. Regarding the Ricoh Duc project, the Chief Minister said that all the political parties have been taken into confidence on the Ricoh Duc agreement. In the meeting, Pak-Afghan relations and issues related to Afghan refugees were also discussed.

The chief minister said that the biggest impact of the Afghan war has been on Pakistan and Balochistan and we have been hosting millions of Afghan refugees for a long time.

Pakistan wants to establish peace in Afghanistan on a solid basis and we wish that the Afghan refugees return to their homeland with dignity as soon as possible. Speaking on the occasion, the American ambassador said that the American government will provide support to deal with the effects of climate change and reconstruction. The World Bank and donor organizations should provide funds for the rehabilitation of flood victims and the development of agriculture and other sectors. will

He said that the United States has allocated 100 million dollars to support Afghan refugees. On this occasion, the Chief Minister thanked the US for the aid to the flood victims. In the meeting, expressing happiness on the completion of 75 years of Pakistan-US relations, further stability of mutual relations was declared indispensable.