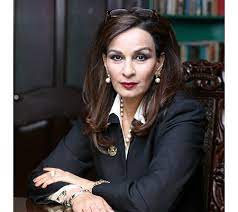 In his tweets on Saturday, the federal minister said that Imran Khan and his party have always railed against parliamentary democracy, in their eyes the only system in which they got power is correct, then why should it not be a presidential system? . He himself is a dictator in the guise of a politician.

He said that by mocking the moral standards of the people of Pakistan, Imran Khan has humiliated every Pakistani, the person who has been disqualified due to corrupt actions is now teaching the nation high morals. If they themselves follow moral principles, why are they not leaving politics after disqualification? Political parties and the nation have made sacrifices for the restoration of the constitution and parliamentary democracy in this country.

The Federal Minister said that 26 years of Imran Khan's political struggle may have been spent in eating money in the name of charity, but our leaders and workers have sacrificed their lives for the restoration of this democratic system.

Friends and family close to Nicola Bulley have condemned people throwing around conspiracy theories or turning up at the scene...

There’s a new speaker in the House and fewer influential centrists. Washington’s bipartisan fever hasn’t broken yet, though. The centrist...

Winners and losers at the Clash at the Coliseum

Martin Truex Jr., Austin Dillon and Kyle Busch were the top three finishers in Sunday's Clash at the Coliseum, NASCAR's...

At least 80 holidaymakers had their cars stolen after paying upwards of £145 to park them with a meet-and-greet firm...

Long: Drivers make their point clear on Clash at the Coliseum

Could the Clash at the Coliseum exhibition race become a points race next year? Drivers were clear in their disdain...

"There's no way it couldn't have been racially motivated," Johnny Bright said before his death of the incident that ended...