Pakistan and UAE have strong brotherly ties based on common heritage and multilateral cooperation, Maryam Aurangzeb 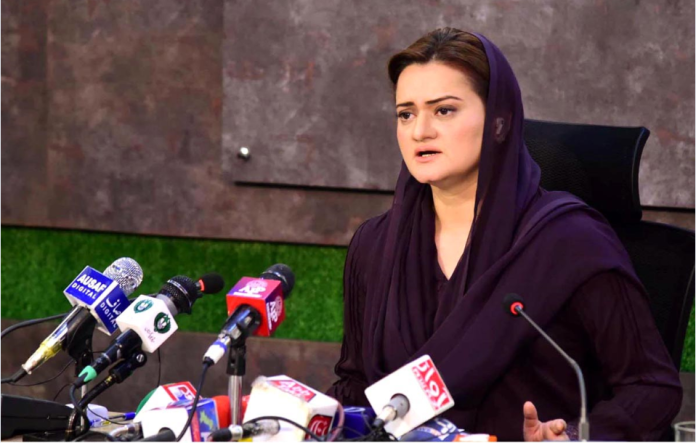 Islamabad. December 1 (APP): Federal Minister for Information and Broadcasting Maryam Aurangzeb has congratulated the leadership and people of the United Arab Emirates on the occasion of the 51st National Day of the United Arab Emirates (UAE) and said that Pakistan and The UAE has a brotherly relationship based on shared heritage and multilateral cooperation, the people of Pakistan consider the UAE as their second home.

He said this while speaking at a function organized on the occasion of the 51st National Day of the United Arab Emirates here on Thursday. The Federal Minister of Information sent a message of goodwill and good wishes to the Ambassador of UAE on behalf of the Government and people of Pakistan.

He said that the economic and trade relations between the two countries are an important part of our bilateral relations, the UAE is Pakistan's largest trading partner and is one of the largest foreign investors in Pakistan.

He said that he is praying for further strengthening of relations between Pakistan and United Arab Emirates. The national anthem and traditional dance of the UAE were also presented in the ceremony, while members of parliament, political leaders and diplomats of various countries were also present on the occasion. UAE Ambassador highlighted the importance of brotherly relations between Pakistan and UAE.

We have to build hope by rearranging our priorities for our bright future, Muhammad Shahbaz Sharif

Sheikh Falah bin Jassim, a member of the royal family of Qatar, arrived in Pakistan on a three-day visit