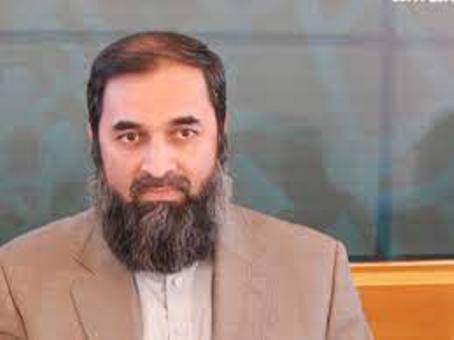 Lahore. November 28 (APP): The local and foreign participants of the 52nd Pakistan Navy Staff Course organized by the Naval War College under the leadership of Rear Admiral Javed Iqbal met Governor Punjab Muhammad Balighur Rehman at Governor House Lahore on Monday. Addressing the participants on this occasion, Governor Punjab Muhammad Balighur Rehman said that Pakistan is a peaceful country which has made unparalleled sacrifices not only for the region but also for global peace.

He said that Pakistan has fought a long war against terrorism and the role of Pakistan Army in this regard is unforgettable. Governor Punjab said that the country is currently facing many challenges including political and economic instability. The countries that have developed have at least 15, 16 years of continuity of policies. He said that the continuity of policies in the country is very important for economic stability.

The China-Pakistan Economic Corridor will open new avenues for economic development in the country. After 2018, the project got slow but now the government is determined to complete it again. Governor Punjab said that the improvement of the economy is the first priority of the government. Rehabilitation of flood victims is also an important issue in which an important aspect is to bring flood victims out of trauma. He said that as a chancellor, he has made an effective strategy in this regard along with the vice-chancellors of the universities.

I am sure that your participation in this course will be a mutually enriching experience and you will be equipped with better knowledge, skills and abilities,” Mohammad Balighur Rehman told the officers. He said that I wish you all the best for your future. On this occasion, the head of the delegation, Rear Admiral Javed Iqbal informed the Governor of Punjab about the various features of the course.

For the establishment of sustainable peace in the world, a fair solution to all issues including the Palestinian issue is necessary, Speaker and Deputy Speaker of the National Assembly on the occasion of Palestine Solidarity Day