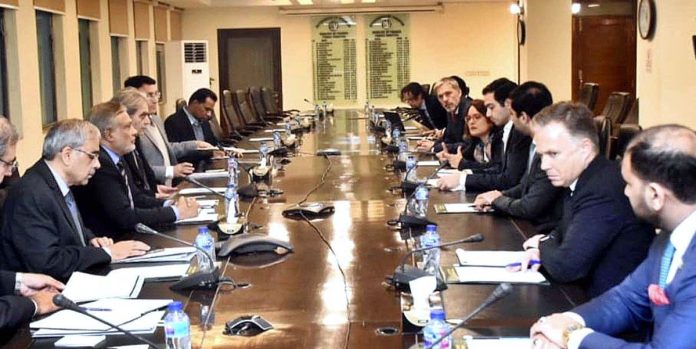 Islamabad. November 29 (APP): Federal Minister for Finance and Excise and Revenue Senator Muhammad Ishaq Dar has said that Pakistan is gradually moving towards economic stability and this is the right time to invest in the country. He said this in a meeting with a delegation of institutional investors at the Ministry of Finance here on Tuesday.

He said that Pakistan is slowly but gradually moving towards economic stability and this time is suitable for investment in Pakistan. It was informed in the meeting that the phase of reconstruction and rehabilitation will start in the coming months. The Finance Minister praised the friendly countries for their assistance to the flood victims. The finance minister added that the current government's aim is to successfully complete the IMF programme, the government will repay the international bonds on time.

He said that we have no plans to approach the Paris club. He further emphasized that the current government is committed to fulfill all financial commitments made by the current and previous government with national and international financial institutions.