Pakistan Railways has received 46 modern coaches from China, due to lack of continuity of policies, it has become difficult to run the institutions, Khawaja Saad Rafiq 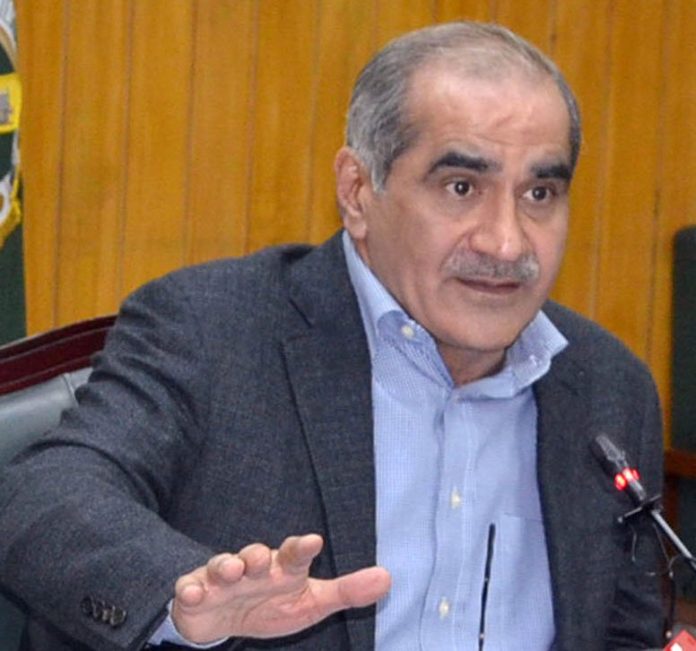 After the acquisition of these coaches, Pakistan Railways will start manufacturing 184 similar coaches at its carriage factory in Islamabad. Due to the lack of continuity of policies, it has become difficult to run the institutions, the land of the institution will have to be used to get the railway out of losses. He expressed these views while addressing a press conference at a local hotel on Sunday. What did

He said that we have got modern technology from China for making coaches which is a big achievement. He thanked Chinese authorities for agreeing to resume work on ML-1 project. He expressed regret that PTI Govt. had not taken steps to improve and increase efficiency in Pakistan Railways,

In Pakistan Railways, not a single locomotive was added in the previous regime, due to the delay in the purchase of coaches, the expenses were high. could Khawaja Saad Rafiq said that the preparation of future coaches will be done in Pakistan, unfortunately we do not have continuity of policies due to which it has become difficult to run the institutions.

The federal minister said that the work of Internet Wi-Fi in trains has been completed, not a single locomotive or coach has been purchased in the last four years, we have to depend on other countries for locomotives, and the carriage factory is also being upgraded. Yes, instead of paying rent to us, the opticians should do revenue sharing.

He said that railways also need shunting locomotives, the federal minister said that no work has been done on the ML1 project in the last four years, now we have to start again from zero, to get the railways out of deficit. For this, the land of the institution will have to be used. Khawaja Saad Rafiq said that employees and officers were treated badly in the past years.

Answering the questions, the federal minister said that the assemblies are made for legislation and not to break it, we are also ready for the election. Saved from bankruptcy. Khawaja Saad Rafiq emphasized on the railway engineers that now the coaches will be manufactured in Pakistan under the transfer of technology, next month the modern machinery will also be received from China, so it is hoped that now the costs in the manufacture of coaches will also be reduced.

He said that we will design a roadmap for the next ten years to put the railway on its feet. The policy will be finalized and presented in the parliament. In response to a question, the federal minister said that the upgradation of passenger trains is in progress, but they cannot run the trains with deficits. stressing,

Officers work in the railway headquarters Zalhoor even on holidays. Citing the example of neighboring countries India and Bangladesh, he said that the railway is developing in these countries, but due to the lack of continuity of policies, this institution could not develop. This is a lesson for the people who are looting the country.

He said that no institution could be run by those who taunt us for not running the country and he is ready for a debate on this. In response to a question, the federal minister said that the black law of NAB has oppressed the country's economy. NAB should be abolished and a new institution should be formed, previous government carried out retaliatory actions through NAB, government officials were also targeted for revenge.

He said that good results cannot be achieved by humiliating the officers. In response to another question, he said that we presented the no-confidence motion constitutionally, we did not foresee the destruction of the country if the government was out of power. Yes, when the government took over, the country was close to bankruptcy, we faced criticism due to inflation, but by the grace of Allah, we took such revolutionary decisions to improve the economy, which saved the country from default.

Last November, a snuff film began to circulate online depicting the gruesome murder by sledgehammer of a former member of...

Horrendous footage has captured the moment a little boy was struck by lightning while enjoying a family day out at...