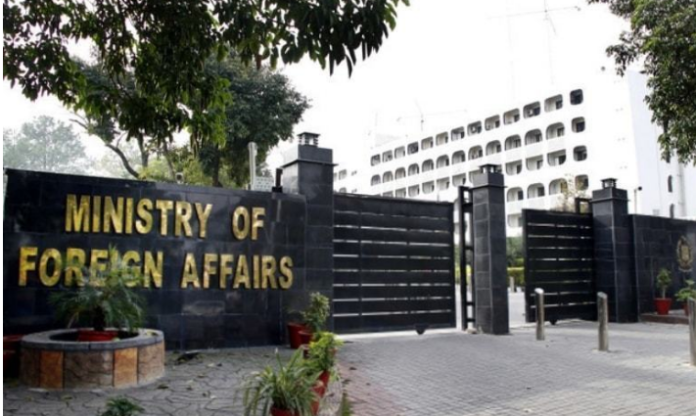 Islamabad. December 2 (APP): Afghanistan's Governor of Affairs in Pakistan was summoned to the Foreign Office and there was a strong protest over the attack on the Pakistani Head of Mission in Kabul. Pakistan has demanded an immediate investigation into the incident.

Foreign Office Spokesperson Mumtaz Zahra Baloch said that Pakistan's Head of Mission was attacked in Kabul on Friday, and a security guard was injured in the attack. The spokesperson said that the Afghan Affairs Minister was summoned to the Foreign Office and strongly protested the firing incident and demanded an immediate investigation into the tragic incident.

Spokesperson of the Foreign Office said that the Afghan authorities have assured to ensure security, security of the embassy in Kabul has been improved after the incident. The spokesman said that there is no truth in the news about the closure of the Pakistani embassy or recalling the staff.

The security of other diplomatic missions including Pakistan in Kabul has also been tightened. The spokesperson said that the Foreign Minister of the Afghan Interim Government has spoken to our Governor, the Afghan Foreign Minister has assured the immediate arrest of those responsible.