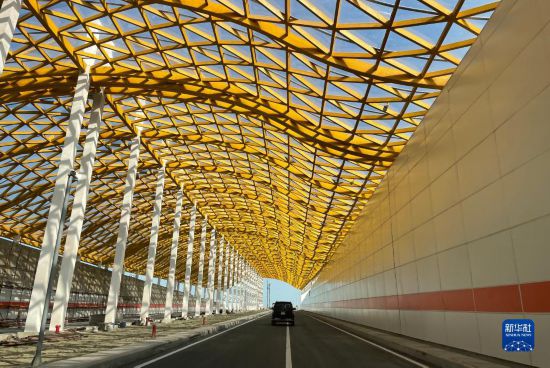 This is the entrance of the Karnapuri River Tunnel taken in Chittagong, Bangladesh on November 26. Photo by Xinhua News Agency reporter Liu Chuntao

Prime Minister Hasina, who attended the completion ceremony online that day, delivered a speech, reviewing the experience of the project receiving Chinese aid and thanking all builders, including China, for their efforts. 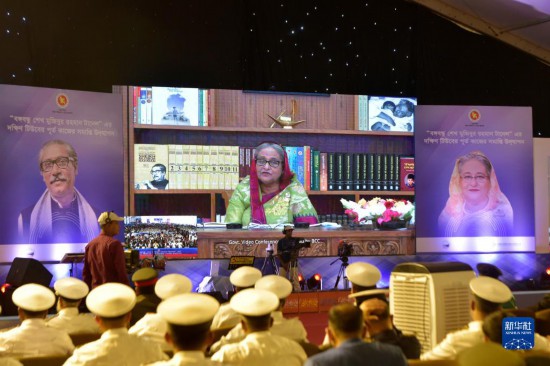 On November 26, at the completion ceremony of the southern line of the Karnapuri River Tunnel Project held in Chittagong, Bangladesh, Prime Minister Hasina of Bangladesh delivered a speech online. Xinhua News Agency

Chinese Ambassador to Bangladesh Li Jiming, who attended the ceremony, said that the tunnel project will significantly optimize local traffic, promote connectivity between Bangladesh and neighboring countries, and highlight Bangladesh's important role in regional connectivity and along the "Belt and Road".

The tunnel project is located at the estuary of the Karnapuri River in Chittagong City, Bangladesh, connecting the east and west banks, with a total length of 9.3 kilometers. The shield tunnel section is a double-hole four-lane tunnel with a design speed of 80 kilometers per hour, 2,450 meters long and 11.8 meters in diameter. This time, the southern tunnel was officially completed.

According to reports, the project is supported by preferential credit provided by the Export-Import Bank of China. During the construction period of the project, more than 5,000 jobs were directly created, and various infrastructure-related skilled talents were trained for the local area, which promoted the local economic development.

This is the first underwater tunnel in South Asia and the first large-diameter underwater shield tunnel constructed by a Chinese company overseas. After completion, it will not only greatly improve the traffic conditions of Chittagong, drive the economic development of Bangladesh, but also help to improve the Asian Highway network and promote the interconnection between Bangladesh and neighboring countries. Economic corridors are of great significance. 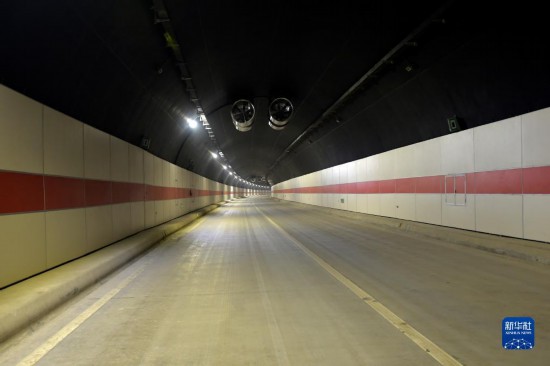 This is the interior view of the Karnapuri River Tunnel taken in Chittagong, Bangladesh on November 26. Xinhua News Agency 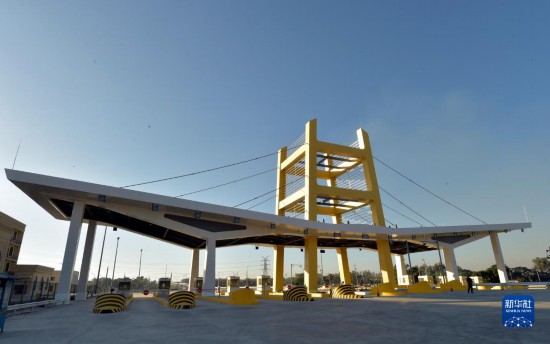 This is the toll gate of the Karnapuri River Tunnel taken in Chittagong, Bangladesh on November 26. Xinhua News Agency