Member of the Pernambuco State Council Morais pointed out in his award speech that the Pernambuco State Council awarded China the "International Friendship Country Award" to commend China's outstanding contributions to the development of Pernambuco's economy, trade, humanities and other fields. Especially since the outbreak of the new crown pneumonia, China has joined hands with the people of Bozhou to fight the epidemic and build a strong friendship. Bozhou is willing to continue to deepen exchanges and cooperation with China and promote common prosperity and progress.

Yan Yuqing, the Chinese Consul General in Recife, said that this honor demonstrates the full affirmation of Baizhou for the contribution of China and Chinese nationals to local development. In recent years, with the continuous deepening of China-Pakistan comprehensive strategic partnership, exchanges and cooperation in various fields between China and Bozhou have achieved fruitful results. Especially during the epidemic, as sister provinces and cities, Sichuan Province and Guangzhou City donated a large amount of protective materials to Baizhou and Recife respectively. Over the years, the Confucius Institute at Bozhou University has played an important role in strengthening cultural exchanges between China and Pakistan and cultivating international talents in Bozhou. The Consulate General joined hands with the Lei Municipal Government to stage a brilliant light show of "Celebrating the New Year and Welcome the Winter Olympics". The Chinese expatriates living in Bozhou not only contributed to the local economic and social development, but also helped the local people when they were hit by disasters. They also showed the boundless love to the people of Bozhou through charity activities such as "Love from China" that lasted for seven years. 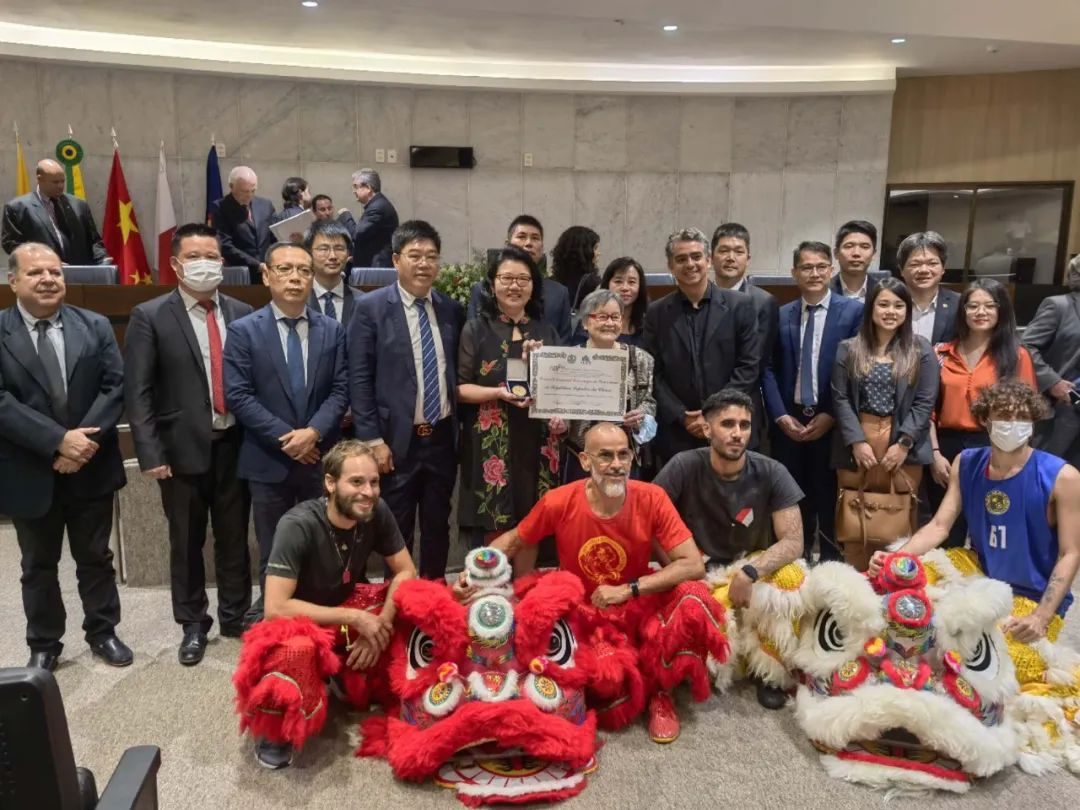 The Chinese lion dance performed by local people brought the awards ceremony to a climax. Photo courtesy of the Chinese Consulate General in Recife

The "International Friendship Country Award" was established by the Pernambuco State Council in Brazil in 2017, and is awarded to countries that have made outstanding contributions to the development of the state's economy, society, trade, culture, education, and environmental protection.

Friends from all walks of life including the Minister of International Relations of the Berber State Government, Freire, and other officials, foreign consular missions in Lebanon, and representatives of overseas Chinese and Chinese people attended the event.