Stowaways found on a ship's rudder in Spain's Canary Islands 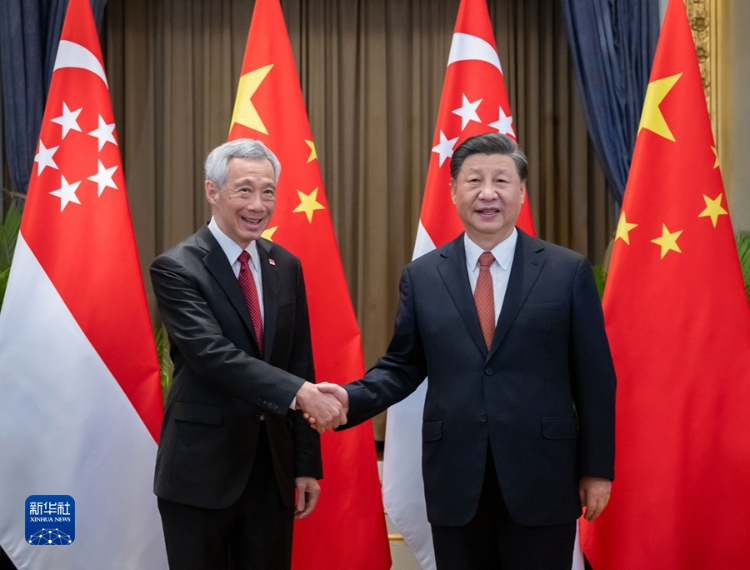 Xi Jinping pointed out that in the face of the century-old epidemic and the century-old changes, China-New Zealand relations have developed a good momentum, which not only helps the two countries fight the epidemic and economic recovery, but also injects positive energy into regional stability and prosperity. China-New Zealand relations are forward-looking, strategic and exemplary. The 20th National Congress of the Communist Party of China made a strategic deployment for China to comprehensively build a socialist modern country and comprehensively promote Chinese-style modernization. The Chinese side is willing to join hands with the New Zealand side to promote the all-round cooperative partnership between the two countries that keeps pace with the times and constantly achieves new progress.

Xi Jinping stressed that China is willing to intensify high-level exchanges with New Zealand. New Zealand is welcome to deeply participate in China's construction of a new development pattern, and "high quality" should become a distinctive symbol of China-New Zealand cooperation. The two sides should well implement the Land-Sea New Corridor, a landmark project of China-Singapore high-quality joint construction of the "Belt and Road", promote the optimization and upgrading of cooperation projects in the fields of digitalization and green development, complete the follow-up negotiations on the upgrade of the China-Singapore Free Trade Agreement as soon as possible, and improve bilateral trade and cooperation. The level of investment liberalization, and strive to smooth personnel exchanges between the two countries. The development of China and New Zealand relies on the region, integrates into the region, and benefits the region. China is willing to work with New Zealand to maintain regional unity and cooperation, oppose group politics, resist confrontation between camps, maintain the correct direction of economic and regional integration, and resolutely oppose "decoupling and breaking chains" and "small courtyards with high walls". It is hoped that the two sides will jointly promote the implementation of global development initiatives in this region. 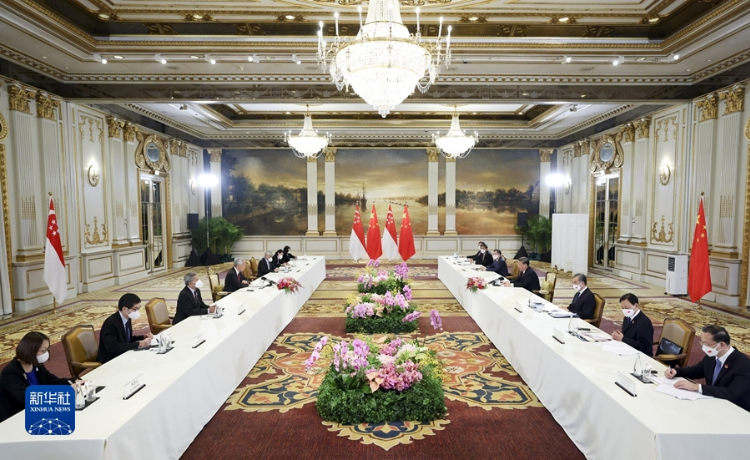 Lee Hsien Loong expressed that he was very glad to be able to congratulate the successful convening of the 20th National Congress of the Communist Party of China and President Xi Jinping on his re-election as General Secretary of the Central Committee of the Communist Party of China. Bilateral cooperation between New Zealand and China is gaining momentum. Under the current complicated international situation, New Zealand looks forward to further deepening and expanding the relationship between New Zealand and China. It is willing to continue to improve the existing bilateral cooperation mechanism with China, and promote the three intergovernmental projects in Suzhou, Tianjin and Chongqing and the national project of Guangzhou Knowledge City ( "3+1") quality upgrade. The rise of China is unstoppable. A strong and friendly China will bring positive influence to the region and the world, and help small and medium-sized countries achieve common development. New Zealand has always viewed China's development positively and is willing to support and participate in global development initiatives.

Ding Xuexiang, Wang Yi, He Lifeng and others attended the meeting.

COPENHAGEN, Denmark (AP) — The son of a Russian businessman close to President Vladimir Putin denied any wrongdoing Tuesday at...

It took Yoaibimar Daal about a month to make the more-than-3,000-mile trek from Ecuador, where she was living, through the...