Xinhua News Agency, Beijing, November 30th. The South Korean government said on the 29th that due to the rapid spread of highly pathogenic bird flu in the country, it will start investigations on all poultry farms in the country next month to strengthen epidemic prevention measures. 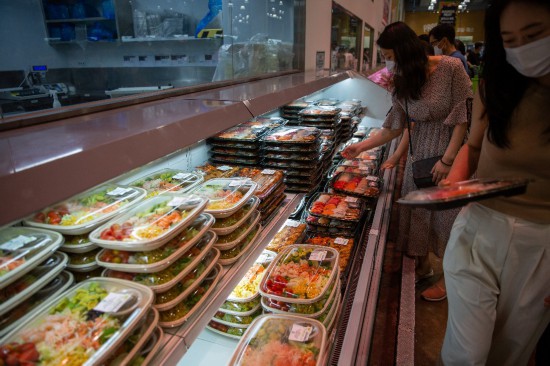 South Korea's Ministry of Agriculture, Forestry, Livestock and Food said that in order to prevent further spread of the bird flu epidemic, poultry testing will be carried out on all farms across the country starting in December, and at the same time check whether the disinfection work in these farms is in place, and violators will face fines.

At this stage, South Korea is implementing a 4-week special bird flu epidemic prevention period, the deadline is December 23. During this period, all poultry farms and related facilities across the country should be disinfected twice a day.

Highly pathogenic avian influenza has occurred in many places in South Korea recently, and it is spreading. From the end of October to the beginning of November, the bird flu was mainly concentrated in Chungcheongbuk-do in the central part of the country, but from mid-November, the epidemic gradually spread to the metropolitan area and the north-south direction. (Zhang Jing)

South Korea announces draft space plan to plan manned space flight in 2050 Yonhap News Agency, Seoul, November 30th. The South Korean government released the fourth basic plan for space development (draft) on the 30th, proposing the vision of sending manned spacecraft into space by 2050. On the same day, the Ministry of Science, Technology and Information and Communications held the fourth public space development basic plan hearing and released the above-mentioned draft. The draft proposes five major tasks for the development of the space industry, namely expanding the scope of space exploration, sending manned spacecraft into space, deploying the space industry, maintaining space security, and conducting space scientific research. According to the fourth development plan, South Korea will cultivate a space industry ecosystem by 2030, and develop the space industry into one of the country's top ten major industries by 2050; continue to develop and launch launch vehicles to improve space technology; Establish a space and ground security support system; actively conduct space science research by 2030, and contribute to the growth of human space knowledge. According to the "Space Development Promotion Act", South Korea prepares a basic plan for space development every five years, and proposes medium and long-term policy goals and directions for national space development. The fourth phase of the draft plan released on the same day will be finalized after deliberation by the National Aerospace Council within this year. (Finish) [Copyright belongs to Yonhap News Agency, unauthorized reproduction is strictly prohibited]

A combination of determination, a vision, and UN support is transforming the fortunes of remote villages in underdeveloped regions of...

CHIANG MAI, Thailand (AP) — Just a handful of Chinese visitors were posing for photos and basking in the sun...