Shanghai hit by COVID protests as anger spreads across China

People's Daily Online, Moscow, November 23 (Reporter Rong Yi) Not long ago, the Russian National Music Museum held an exhibition commemorating its 110th anniversary. In 1912, the museum's predecessor, the museum named after the Russian musician Nikolai Rubinstein, was established at the Moscow Conservatory of Music, and based on the collection of the academy, it owned the first batch of collections. In 1981, the museum moved to its new premises on Fadeyev Street. Today, with more than a century of development and a total collection of more than one million pieces, the museum has become one of the oldest and largest music museums in the world.

Stepping into the hall of the museum, the background music is playing Mussorgsky's masterpiece "Night on the Barren Mountain", bringing the reporter into the fantasy and magnificent world of Russian folk music in an instant. The distinctive national character is the main feature of the museum, and it is also the proposition pursued by many great Russian musicians throughout their lives.

On a timeline-style exhibition wall, the precious manuscript of Tchaikovsky's "1812 Overture" is prominently displayed. On the side, a sculpture based on the ballet "Swan Lake" stands, solidifying his romantic ballet music in a graceful posture. Here you can also see the magazine that invited Tchaikovsky to create the "Four Seasons" suite. With 12 Russian poems, the suite unfolds 12 genre paintings: golden autumn, white nights in the Northland, fire, sleigh, hunting, pine and snow grass… …Turn over this "Music Calendar" lightly, and you can hear the four seasons of the Russian land. 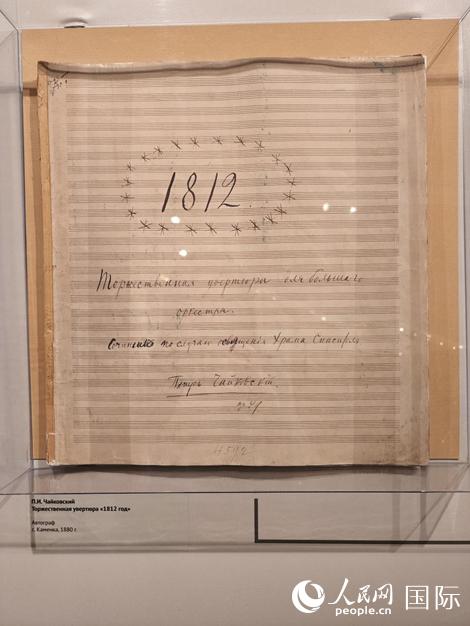 Not far away, a portrait came into view. The characters in the painting frown secretly and caress the keys of the piano. The iconic melancholy temperament makes people recognize him at a glance-Rachmaninoff. Below the portrait is the manuscript of his Second Piano Concerto, and those light and graceful notes seem to be flowing slowly from his fingertips. During the years of wandering in a foreign land, he gazed at the lilacs of his hometown in his memory day after day, and brought the mountains, rivers, forests and snowfields of the Russian land into his music nostalgia.

All kinds of balalaikas and accordions, Rimsky-Korsakov’s national opera stills, Shostakovich’s film soundtrack materials… Each piece of precious exhibits is assembled into a song "Cantabile Andante" ", singing the moving movement in the history of Russian music, where there is the depth and vastness of Russian nature, the bright colors of Russian painting, and the beautiful sadness of Russian literature.

In the history of Russian music, whether it is the national music school represented by Glinka and the "Powerful Group", or the Western school represented by Tchaikovsky and Rachmaninoff, the history and culture of this vast land are closely related to Natural scenery has become the lingering echo in their works. Even though the music styles are different, it has become the common aesthetic pursuit of Russian musicians to incorporate national elements into their creations. 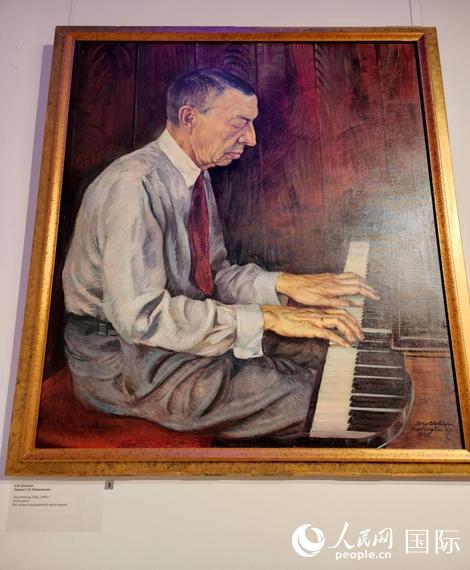 Looking around the exhibition hall, a Chinese pipa is quiet and elegant. Click on the multimedia interactive screen, carrying the melodious sound of pipa, as if dreaming back to the homeland. Perhaps folk music is like the "local accent" in the music world, which can always easily touch the heartstrings of wanderers. This pipa gathers here with other musical instruments that have traveled across the world and across the ocean, with traces of different times and national characters, playing a harmonious sound of blending civilizations.

In one corner of the showcase, there is a clock, a vanity mirror and a beer mug, all of which are music boxes of different shapes from the 19th century. According to the museum, at that time music boxes were widely popular among all classes of society, and the design was integrated into daily necessities. It is conceivable that in the era without mobile phone players and Bluetooth speakers, music wandered in the tick-tock of time, swirled in the smile of the beauty in the mirror, and rippling in the intoxicating wine. This also inspires people: music comes from life, and music aesthetic education should also be integrated into life. Within two hours of visiting the museum, four groups of visiting teams successively came to the exhibition hall to participate in music lessons. There are classes for preschoolers and teens, as well as classes for grizzled seniors. The guide introduces the exhibits and music theory, and leads the group to experience interesting musical interactions. According to the museum, as early as 1944, the salon activity "Music Monday" began to be held regularly here. Since then, commemorative concerts, music festivals, music history and music theory seminars, instrument restoration training, international music exchange programs and other activities have flourished, and music education for ordinary people has become an important mission of the museum. 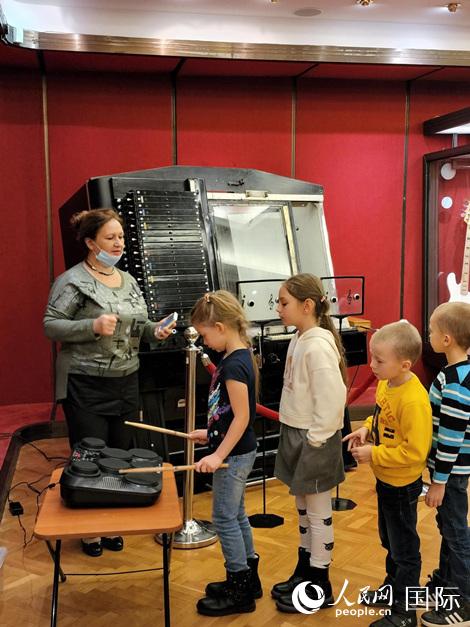 In 2022, a TV show "Music Moscow" was filmed in the museum. In this TV music journey, the audience follows the program camera and travels through the streets, parks, pavilions and former residences of musicians in Moscow, captures the musical elements in the streets and alleys, and explores the familiar urban landscape from a musical perspective.

Indeed, as shown in the camera, walking on the streets of Moscow on weekdays, you can often encounter high-level classical music performances, and the cadenzas enter ordinary alleys from exquisite concert halls. Subway stations, riverside walks, parks in the middle of the street, commercial blocks… It seems that the whole city is a flowing music space, and music is the emotional expression of people's love for life.

Lawmakers fret over another holiday punt on government funding

Shanghai hit by COVID protests as anger spreads across China

By Brenda Goh SHANGHAI (Reuters) – Protests simmered in Shanghai early on Sunday, as residents in several Chinese cities, many...

Yonhap News Agency, Seoul, November 27th. According to the South Korean Central Anti-epidemic Countermeasures Headquarters on the 27th, as of...