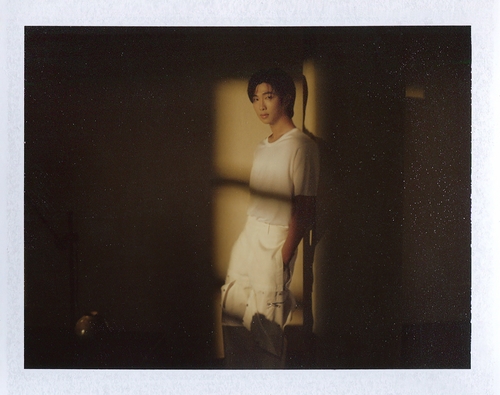 Yonhap News Agency, Seoul, November 24. The brokerage company BIGHIT MUSIC stated on the 24th that RM (Kim Namjoon), the leader of its boy group BTS, released a teaser photo of his first solo album "Indigo" on his official social account on the same day.

In the teaser photo, RM is wearing white and denim clothing respectively, full of fashion sense. The faint sunlight and wooden furniture create a warm atmosphere in the room. It is worth noting that there is also a work by the late artist Yoon Hyung-geun, whom RM respects, on the wall of the room. The brokerage company stated that RM achieved "cross-border art cooperation" through this album, successfully integrating music and art.

"Indigo" will be released on the 2nd of next month. This will be RM's first solo album officially released after 4 years since the release of the mixtape "mono." in October 2018. (Finish)

The news is published by EMEA Tribune & Yonhap News Agency

Erdogan says Turkey will launch ground operations against Kurdish forces in Syria Xinhua News Agency, Ankara, November 23 (Reporter Wang Tengfei) Turkish President Recep Tayyip Erdogan said on the 23rd that the Turkish army will launch a ground military operation against the Kurdish armed "People's Protection Units" entrenched in northern Syria at the right time, so that Establish a security buffer zone in northern Syria on Turkey's southern border. Erdogan said at the parliamentary group meeting of the ruling Justice and Development Party that day that Turkey's previous attacks with planes, artillery and drones were just the beginning. Turkey will gradually eradicate the militants in northern Syria from Tel Rifat, Manbij to Ain al-Arab. On the 20th, the Turkish army launched an air strike code-named "Claw Sword" against the bases of the Kurdish Workers Party and the "People's Protection Forces" in Iraq and northern Syria. The air strike is considered to be in retaliation for the bombing attack in Istanbul, Turkey's largest city, on the 13th of this month. The "People's Protection Forces" have been active in the Kurdish-inhabited northern region of Syria since the outbreak of the Syrian civil war, and currently control a large area of northern Syria. (Editors in charge: Yu Yang, Cui Yue) Share for more people to see