'Not on my watch' - Biden attacks House Republicans' economic plans

Xinhua News Agency, Beijing, November 29th. Japan's "Asahi Shimbun" quoted a recent investigation conducted by a poverty-stricken children's aid group on the 28th. Affected by rising prices, the economic tension of poor families with children in Japan has intensified, and more than 70% of them "have a very sad life." ". 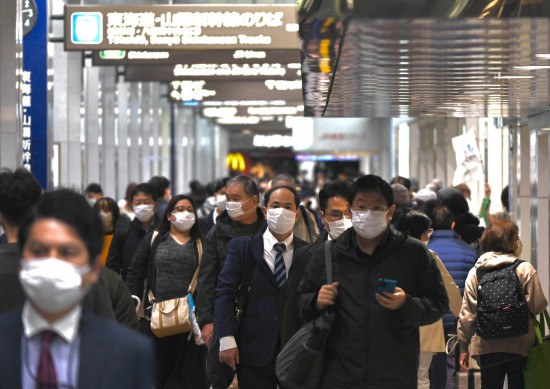 This is November 15th, and pedestrians walk through Tokyo Station, Japan. Published by Xinhua News Agency (photo by Sun Jialin)

From the 11th to the 16th of this month, the non-profit organization "Children's Gate" conducted an online questionnaire survey on 2,800 impoverished families assisted by the group and received 1,846 responses. The results showed that 74% of the respondents said that the high prices made their family's economic situation very difficult, and the remaining 26% answered that the difficulty was slightly aggravated.

Affected by factors such as rising raw material prices and the depreciation of the yen, prices in Japan continued to rise. According to data released by Japan's Ministry of Internal Affairs and Communications, Japan's core consumer price index (CPI) excluding fresh food in October rose by 3.6% from the same period last year, the highest increase since February 1982. Among them, the prices of many consumer goods related to daily life rose by more than 10% year-on-year. Energy prices rose even more, up 15.2 percent from a year earlier.

"Children's Gate" calls on the Japanese government to continue to provide cash subsidies to these needy families. (Liu Xiuling)