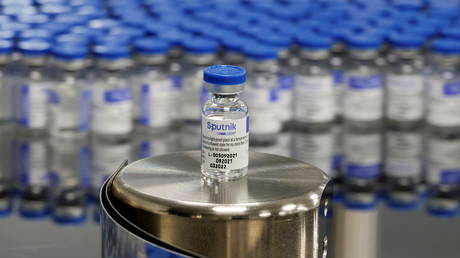 A new study shows that Russia’s one-dose Sputnik Light offers high protection against the dangerous Delta variant of Covid-19, and significantly boosts the immune response if used as a booster for other vaccines.

Sputnik Light is essentially the first component of the two-shot Sputnik V, Russia’s leading Covid-19 vaccine offered to foreign markets. A new study submitted to the medical research portal medRxiv this week and expected to be printed soon shows the benefits of Sputnik Light, the Russian Direct Investment Fund (RDIF) said on Wednesday. The RDIF funded the development of the vaccine and is involved in its international marketing.

Sputnik Light “administered alone has demonstrated 70% efficacy against infection from the Delta variant of coronavirus during the first three months after vaccination,” the fund said in a press release. “The vaccine is 75% effective among subjects under the age of 60” and offers superior defense against severe symptoms of the disease.

The conclusions are based on data received from 28,000 participants of a Sputnik Light study which was collected in Moscow in July. The study was conducted by the developer of the vaccine, the Gamaleya National Research Center of Epidemiology and Microbiology.

A small-scale study in Azerbaijan this year showed at least a fourfold increase in antibodies to the spike protein of the virus in 85% of participants of a clinical trial, the RDIF reported in September. Participants were given the AstraZeneca vaccine and later received a Sputnik Light booster shot.

The Delta variant has become the dominant strain of SARS-CoV-2 due to its higher transmissibility compared to other strains. Studies of various vaccines have shown that the protection they offer diminishes in months, especially against the Delta strain.

Vaccine producers and many governments believe that regular Covid-19 booster shots will be necessary to keep the disease in check. The RDIF advocates a ‘mix & match approach’ to booster shots, using vaccines based on more traditional technology like Sputnik V as a booster for those that use the more modern mRNA vector, like Pfizer and Moderna.