Barber killed while giving a haircut weeks after his son was born, TN family says

Republicans demand spending cuts to lift the debt limit. They won't say what to cut.

Andrea Riseborough went from stage school with Cheryl to Oscars 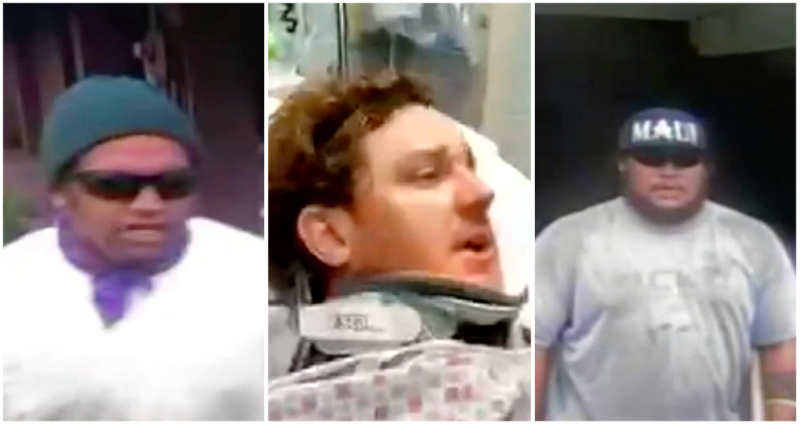 Two Native Hawaiian men were found guilty of a hate crime for attacking a white homeowner in 2014 in Maui.

On Nov. 17, a federal jury found Kaulana Alo-Kaonohi, 32, and Levi Aki, Jr., 33, guilty for their “racially motivated attacks” on Christopher Kunzelman when he attempted to move into a home he had purchased in the neighborhood of Kahakuloa.

According to reports, Kunzelman was moving with his wife and three children when he was harassed and threatened by Kahakuloa residents.

On Feb. 13, 2014, the defendants reportedly barged into Kunzelman’s property while he was unpacking to demand he leave. They threatened to tie him up and make him “go missing” if he did not leave the Hawaiian village.

“You’ve got the wrong f*cking color skin,” Alo-Kaonohi said as he dragged his index finger along Kunzelman’s jaw.

Alo-Kaonohi then struck the man in the head with a roofing shovel, causing him to bleed from the back of his head. As the victim was packing up his belongings, the defendants continued to attack him.

Aki reportedly head butted Kunzelman before striking him in the face with the shovel again. The beating caused the victim to lose consciousness and gave him a concussion. The defendants then continued to kick him in the side while he was unconscious, breaking two of his ribs.

More from NextShark: Simu Liu reveals that script for his upcoming project ‘Barbie’ was one of the best his agent ever read

“No white man is ever going to live here,” one of the Maui men said during the beating.

Critical evidence of the incident was captured on Kunzelman’s car’s cameras.

Both men have pleaded guilty to the charges in state court. They were ordered by the U.S. District Judge J. Michael Seabright to be detained in custody pending their sentencing on March 2, 2023.

“The jury’s verdict confirms that the rule of law serves to protect all persons in our community from vicious assaults, no matter the color of their skin,” U.S. Attorney Clare E. Connors said. “When people commit violent crimes against someone out of hatred for the victim’s race, the Department of Justice will ensure they face criminal consequences in a court of law.”

“The FBI is committed to protecting individuals from being harmed based on their race,” FBI Special Agent in Charge Steven Merrill stated. “This case highlights our work to ensure everyone feels safe in their own community without any fear of retribution or violence regardless of their race.”

The hate crime charges carry a maximum sentence of 10 years of imprisonment.

Barber killed while giving a haircut weeks after his son was born, TN family says

A barber was shot and killed while giving a haircut in Tennessee just weeks after his baby boy was born,...

Republicans demand spending cuts to lift the debt limit. They won’t say what to cut.

WASHINGTON — Republicans, newly empowered with a House majority, are demanding spending cuts as a price for lifting the debt...

An influencer has apologized after a video of her branding a man who tried to help her at the gym...

Lance Kerwin, Teen Star of Salem’s Lot, Dead at 62 AFF-USA/Shutterstock Lance Kerwin, who rose to fame in the 1970s...

Stewart is one of the players with the most marketability, money opportunities and, therefore, power. How she uses it and...

Ja or SGA? Giannis or KD? With so many great players, the challenge of only picking 10 worthy of All-Star...

Blue Jays fans expected a busy offseason this winter and they weren’t let down. Did the front office do a...

The Chiefs opened as favorites in the AFC Championship Game. The the line shifted and the Bengals became favorites. And...

Here is one way the playoff format could be changed so that the champion is determined by more than the...

‘Unfortunate’ if Masters is no longer shown on terrestrial TV, says Rory McIlroy

According to a report, the BBC is set to not renew its deal to show highlights of the event.