US government considers at least some UFOs to be…

‘They should be banned from the Premier League’: Fans pile… 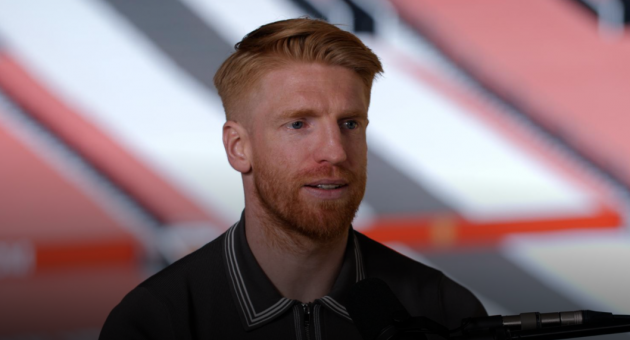 Having been in Man United’s Academy himself, Paul McShane is back in a player/coach role.

PAUL MCSHANE, AT the age of 35, lined out for Manchester United’s U21s last night in the EFL Trophy (or Papa John’s Trophy, for sponsorship purposes).

McShane, who returned to the club as an Academy player/coach in July, operated in defence wearing number 62, as United fell to a 2-1 defeat to Sunderland at the Stadium of Light.

In an interview with Sky Sports published today, the Irishman reflected on a pleasing return to life at the Red Devils.

Paul McShane started off in #MUFC‘s academy and now returns in a player/coach role for the U23s ? pic.twitter.com/TKmeSEad93

“It’s been great,” McShane, who has made 33 appearances for the Boys In Green at senior international level, said. “It’s been exciting. The moment I heard about the role, I was pretty keen to get involved.

“Since I’ve been back, it’s pretty much like I started where I left off really. A lot of faces are quite familiar, and the club has got quite a big place in my heart. It’s just great to be back here, working with the younger players and coaches.

“I always had a number in my head – 36, so this year would have taken me to 36. I was definitely looking to keep playing. There was some interest, this role got put to me and I just thought, ‘It’s a no-brainer for me,’ especially transitioning from playing to coaching. It’s a perfect role.”

McShane was previously at the club as a player, later coached the U16s, and now holds a formal role which involves coaching throughout the Academy, from U15 to U23 level. He is registered as one of the three permitted overage players with the U23s.

The Wicklow man — who holds his Uefa ‘A’ License — is enjoying his role, and sees serious potential in the Academy.

“There’s that famous quote: ‘You don’t win anything with kids,’ but Sir Alex [Ferguson] put the kids in and they won the Premier League,” he added. “If you’re good enough, you’re old enough.

“There’s the names like [Marcus] Rashford and [Mason] Greenwood that broke through to the first team and now they’re regulars; that’s what can be done. The young lads here have some really good role models in them two.”

Seen a lot of questioning/ mocking about Paul McShane being involved for #MUFC in the EFL Trophy at Sunderland tonight. There’s a good reason why. He explained to me why it was right for him to return and what he’s bringing to the training ground ??https://t.co/ZyoGcDrhUq

McShane, who also played for West Brom, Sunderland, Hull City, Reading, and Rochdale, among others, first joined United as a 16-year-old from Saint Joseph’s Boys, but did not make a senior appearance for the club.

That stint coincided with Cristiano Ronaldo’s first, and McShane says having the Portugal icon back at Old Trafford has been a boost for everyone.

“It’s been great. I think I’ve had about 20 people ask me for signed Ronaldo jerseys!

“I think he’s the greatest player in the world, and for him to come back here, it’s been amazing. The young lads, when they go and train with him, they can see the intensity in him, and the winner. He’s world-class in everything that he does.

“I was here when he first came to the club and saw how he worked every day first hand, when he was building himself up in the gym and doing extra sprints up hills after training. He was going to the top no matter what, and I think he shows the mentality that’s needed to make it where he’s made it.”

Review: Nintendo Switch OLED is a boon to handheld users but skippable as a home console update