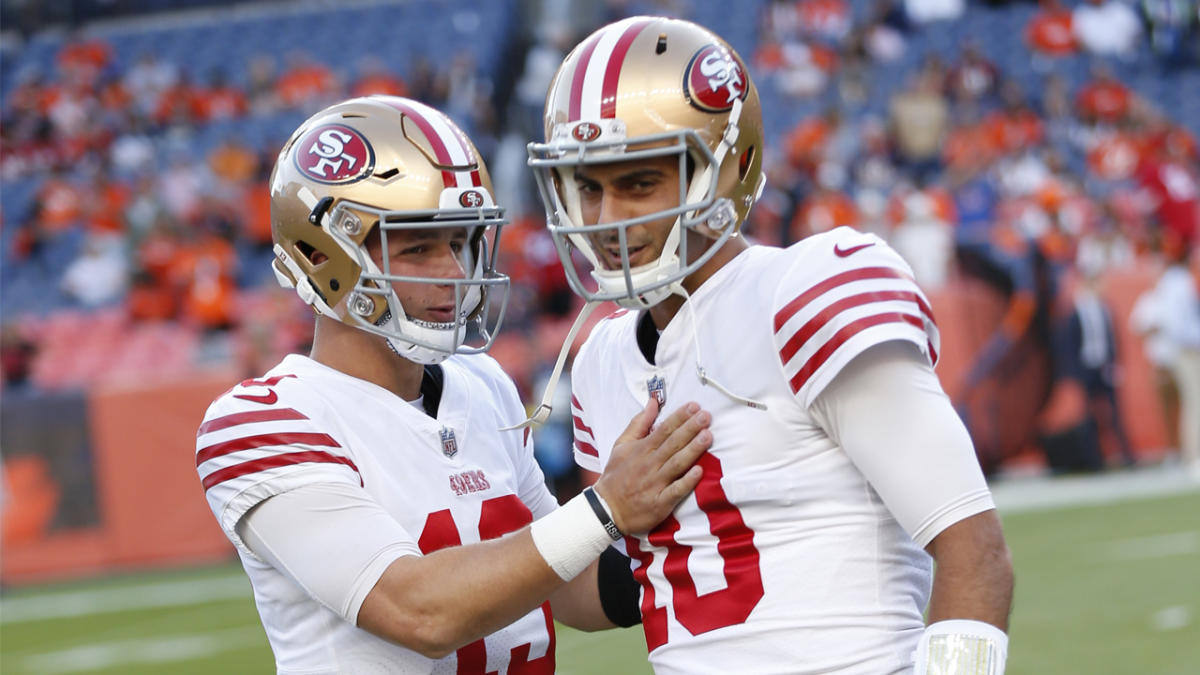 Should Jimmy Garoppolo recover from his broken foot while the 49ers still are in the playoffs, would the veteran quarterback take back the reins from rookie Brock Purdy?

“Word on the street is Jimmy Garoppolo’s about to get out of a walking boot,” Whitner began on the latest edition of “Hitner’s Hot Take.”

“But with the way that Brock Purdy has been playing over these past few weeks, what he adds to this 49ers offense — being able to improvise, the deep ball, throws outside the numbers — I think that if Jimmy Garoppolo returns, he should be the backup to Brock Purdy.”

“The team is holding out hope that there’s a possibility — even though Purdy is playing great — that Garoppolo will be able to play in the postseason,” Glazer said. “But they’ll know more when they get that walking boot taken off after next week’s game.”

As Garoppolo recovers from his Week 13 injury, Purdy since has helped the 49ers extend their current winning streak to eight games. The 22-year-old became the first NFL rookie since 1950 to win each of his first three career starts after defeating the Washington Commanders in their Christmas Eve showdown at Levi’s Stadium.

San Francisco still has two regular-season games remaining, but once the team begins its playoff run, Whitner believes Garoppolo still can serve a valuable role even if he doesn’t start upon his potential return.

“[Garoppolo has] to be the confidante, you have to be that set of eyes that [Purdy] needs to progress through the playoffs, and, ultimately, to win the Super Bowl.

“Love you, Jimmy, but this is Brock Purdy’s show now.”

And so far, the Purdy show has impressed.

But with everything the 49ers have been through this season, it’s safe to say they know the value Garoppolo can provide as both a backup and a starter.

NFL Power Rankings: Aaron Rodgers and Packers could make playoffs, then be a tough out

London flat on sale for £11m is ‘connected to Cryptoqueen fugitive hunted by FBI for £3.2bn fraud’

A swanky £11 million penthouse believed to belong to one of the world’s most-wanted fugitives, who has been on the...

In Senegal, Yellen talks about future of US-Africa relations