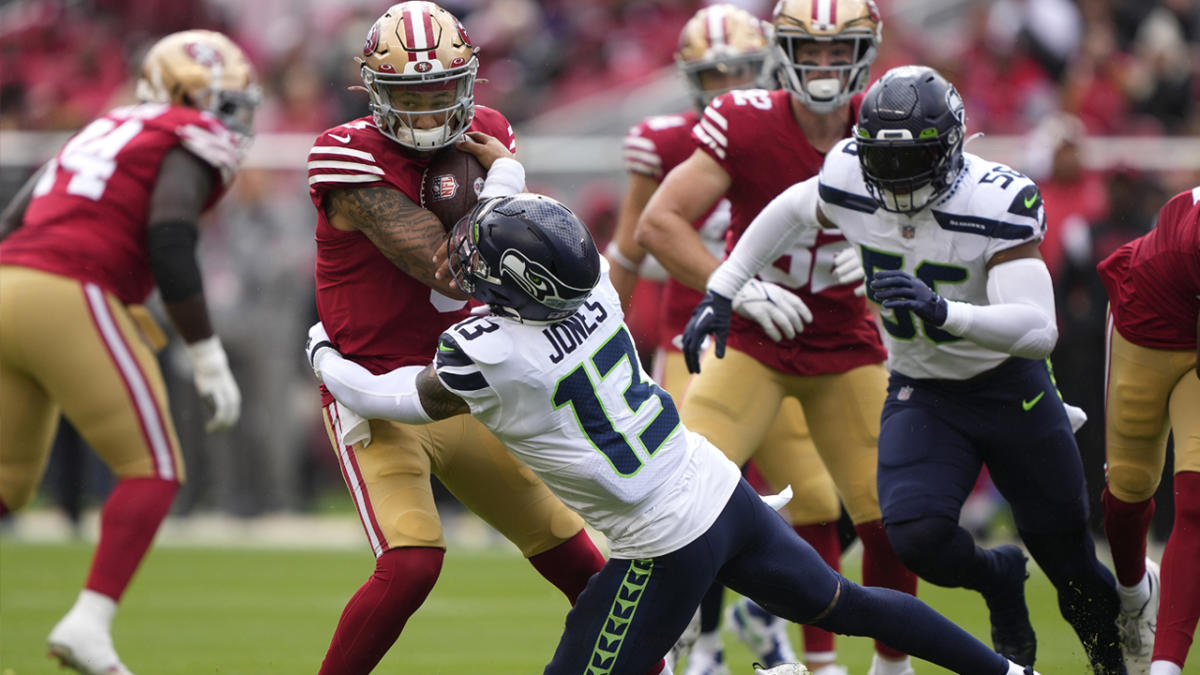 SANTA CLARA — Trey Lance’s 2022 season officially has come to an end after five quarters of play. The 49ers’ starting quarterback sustained a broken right ankle with 2:33 remaining in the first quarter Sunday at Levi’s Stadium in a 27-7 win over the Seattle Seahawks.

After minutes of laying on the ground, Lance’s right leg was placed in an air cast and the young QB was carted off the field. Coach Kyle Shanahan announced after the win that Lance will miss the rest of the season with the ankle injury.

Shanahan also defended his play-calling decisions of running Lance up the middle, a choice that was questioned on social media and asked by multiple reporters.

“Any time a guy gets hurt, I wish I didn’t call that,” Shanahan said. “But no, that’s something we were going to do and something we’ll continue to do.

“It’s a football play that we believe in and something that gives him a chance to be real successful in this league.”

When further pressed on the play that wound up being Lance’s last of the season, Shanahan explained that it could have been a handoff, but Lance read the defensive end, leading to him carrying the ball up the middle.

“Would it have been better if it was second-and-4?” Shanahan asked.

The injury occurred on and second-and-8.

According to Shanahan, the same play call is what resulted in a 51-yard rush by Deebo Samuel two plays earlier.

At the time of Lance’s injury, the 49ers had 13 run plays and only three passing plays. Lance completed two of his three pass attempts for 30 yards, and ran three times for 13 yards. He finishes his second season as a pro with 194 passing yards, no touchdowns and one interception. In one-plus games, Lance completed 48.4 percent (15-for-31) of his pass attempts.

He also carried the ball 16 times for 67 yards. For his young career, Lance has thrown the ball 102 times and ran it 54.

Jimmy Garoppolo immediately replaced Lance and completed a 4-yard pass to receiver Brandon Aiyuk on his first play. He went 13-for-21 through the air for 154 passing yards and threw one touchdown pass — a 38-yard score to tight end Ross Dwelley.

Garoppolo also carried the ball four times for 5 yards, and scored a 1-yard touchdown on the ground.