The 3-pointer: Three takeaways from Alabama's win against Miss State

With positive update on Patrick Mahomes' ankle, the over on his passing prop could be a value

The 49ers burned $2M to keep Purdy around 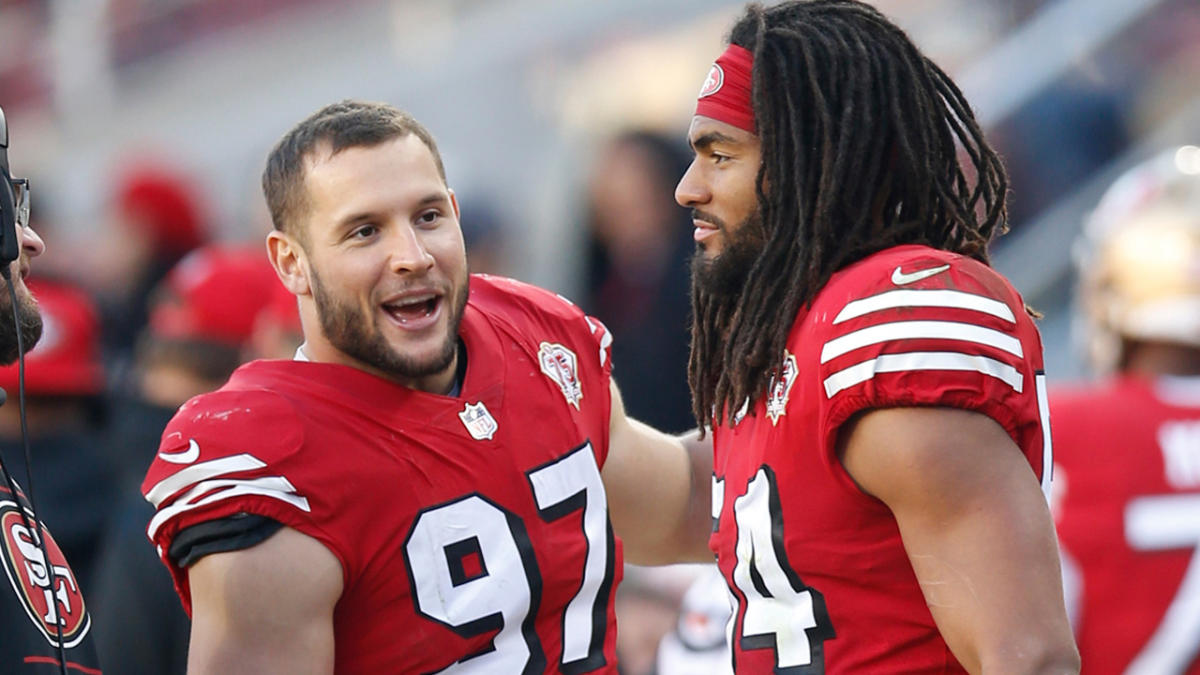 Just like he is on the football field, Fred Warner is everywhere around the 49ers’ practice facility.

While players spoke to the media Wednesday ahead of the NFC Championship Game against the Philadelphia Eagles, Warner crashed the party and sat in while his teammate Nick Bosa answered questions.

And one question was about … Warner, of course, and the way the linebacker has stepped up to help lead the team this season.

“It’s super important,” Bosa said as he glanced over at Warner.

But Bosa, Warner, nor the rest of the room could hold in their laughter. Warner loudly clapped his hands together as he chuckled before Bosa continued with his response.

“He’s a great leader and gets our mind right whenever we need it,” Bosa said, still with a big grin on his face. “Glad to have him.”

Warner approved of the response, as confirmed by his double thumbs up.

Over his five-year NFL career, the two-time All-Pro has grown to become an incredible leader of the 49ers — both with his words and actions.

The 49ers finished the 2022 NFL season with the top-ranked defense, primarily because of both Warner and Bosa’s efforts. But the job’s not done.

They’ll have their biggest task yet when they face Jalen Hurts and the Eagles on Sunday at Lincoln Financial Field in hopes of advancing to Super Bowl LVII.

Jan. 25—A state district judge has ruled Kiara McCulley, accused of killing 21-year-old Grace Jennings in October, is competent to...

Over the past several months, the leading Republican presidential candidate has launched a series of racist attacks on the wife...

Jan. 25—A plea deal in the case of a man accused of sexually assaulting four children fell apart for a...

Wimbledon organisers are weighing up how to react to the issue for this year’s Championships.