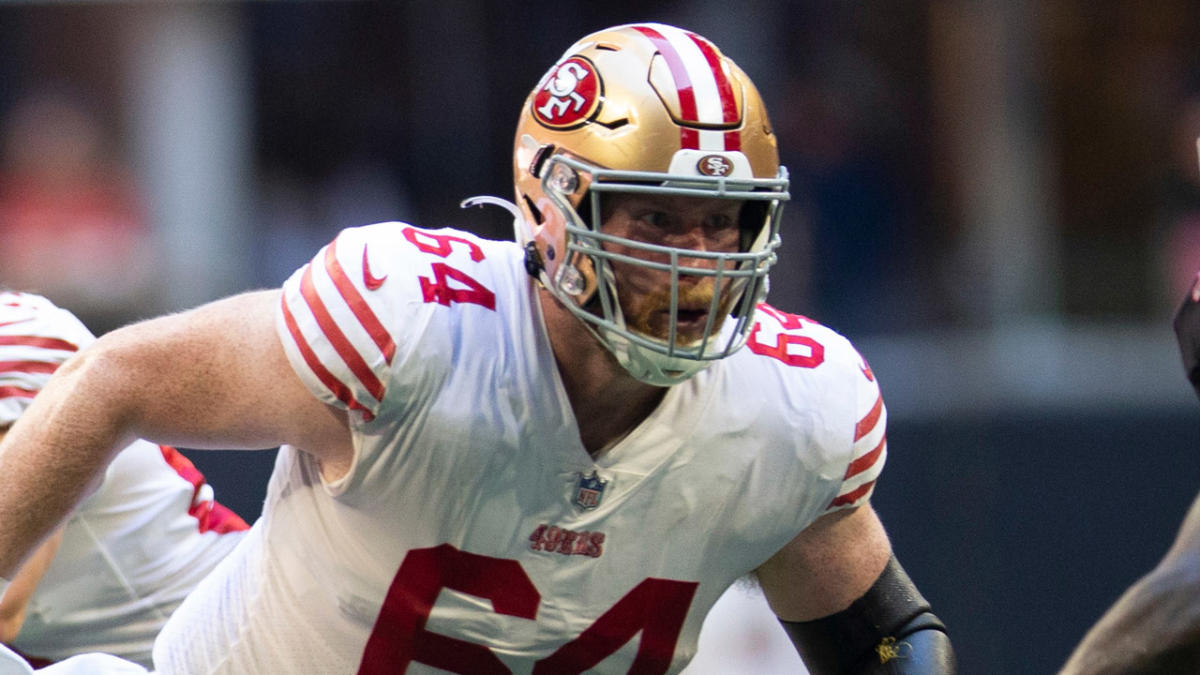 SANTA CLARA — Center Jake Brendel has been kicking around the NFL since 2016.

The highlight of his professional football career — up to this point, anyway — happened Monday night in the 49ers’ 38-10 victory over the Arizona Cardinals in Mexico City.

Brendel showcased his athleticism with a downfield pancake block of Cardinals safety Budda Baker to enable Deebo Samuel to get into the end zone on a 39-yard scoring run in the third quarter.

Afterward, he returned to the locker room to a long string of messages from family and friends.

“It was a fantastic experience,” Brendel told NBC Sports Bay Area. “The whole game, the whole trip was great.

“A lot of friends hit me up. Obviously, my family was very proud of my performance, so it was great.”

The road to an NFL starting job on a contending team has been long and circuitous for Brendel, who turned 30 on the eve of the 2022 regular-season opener.

He entered the NFL in 2016 with the Dallas Cowboys as an undrafted rookie from UCLA. Over the previous six seasons, Brendel appeared in 37 games, mostly on special teams, with the Miami Dolphins and 49ers. He also had opportunities with the Denver Broncos and Baltimore Ravens but failed to catch on.

When NFL All-Decade center Alex Mack retired in the offseason after just one year with the 49ers, the organization decided Brendel was qualified to take over.

On Monday, he showed the athleticism and smarts that have made 49ers offensive line coach Chris Foerster confident Brendel has what it takes.

On Samuel’s touchdown run, the 49ers made the Cardinals believe it was a run play to the right side. Samuel came around from right to left and received a pitch from quarterback Jimmy Garoppolo.

Brendel got briefly tangled with Cardinals defensive tackle Trysten Hill at the line of scrimmage before sneaking out down the field behind left tackle Trent Williams.

“The timing is always pretty critical,” Brendel said. “You have to make sure the first-level guys get blocked. Trent did a great job on the second-level guys, and I kind of climbed up and Deebo used my block to his advantage.

“[Samuel] set me up perfectly and made Budda choose a side for me to attack, and he hit the other side.”

Brendel ran 24 yards down the field, where he first contacted Baker in the open field. He drove Baker back 8 yards before planting him on his side as Samuel made his way into the end zone.

“Brendel had a really good one,” 49ers coach Kyle Shanahan said of the downfield block. “He was feeling himself at the end of it. He had some swag at the end of it for a center, so it was a cool play.”

There were a lot of different ways that play could have unfolded based on the Cardinals’ defense. But the scenario that played out was exactly how Brendel said he prepared for it to develop.

“If it wasn’t single-high [safety] like it was, then it might’ve played out a little differently,” Brendel said. “But with Budda being that deep-third player, it just worked out with me being on him.

“You always have to think of it as the worst-case scenario. Maybe not worst, but the most challenging.”

The 49ers’ offensive line continued its strong play on Monday night. The 49ers averaged 5.7 yards per rushing attempt and did not allow a sack for the third time in 10 games this season. The team’s unproven interior offensive linemen have risen to the occasion.

“Obviously, we’re a little more than halfway done, so we a lot more work to do,” Brendel said. “We just got to keep improving each week.

“We have high expectations for ourselves as a group, and we just got to make sure that we reach those.”

Saudi player knocked out by his own goalkeeper undergoes emergency surgery

Lahore. December 5 (APP): The representative of the United Nations Organization for Development Affairs (UNDP), Aliona Nicoletta, along with the...

French President Emmanuel Macron visited a camp in France where authorities rounded up Jews before and during World War II,...

BEIRUT (AP) — A Turkish military vehicle ran over a woman and a child in a northern Syrian town on...

Jonah Hill is begging to win Eddie Murphy’s approval in a new Netflix comedy directed by Kenya Barris. Co-written by...

More than two dozen Taylor Swift fans across 13 states are suing Ticketmaster for the way it mishandled ticket sales for...

There was no circus around Deshaun Watson on Sunday. Also missing were flashes of the quarterback play that led Cleveland...

The Eagles are 11-1 after another demonstrative win but it seems the worldwide leader in sports still has some curious...