Shohei Ohtani flirts with no-hitter in Angels' win over Athletics

How (and why) one foolish comment from Tampa Bay could spur Patrick Mahomes, KC Chiefs 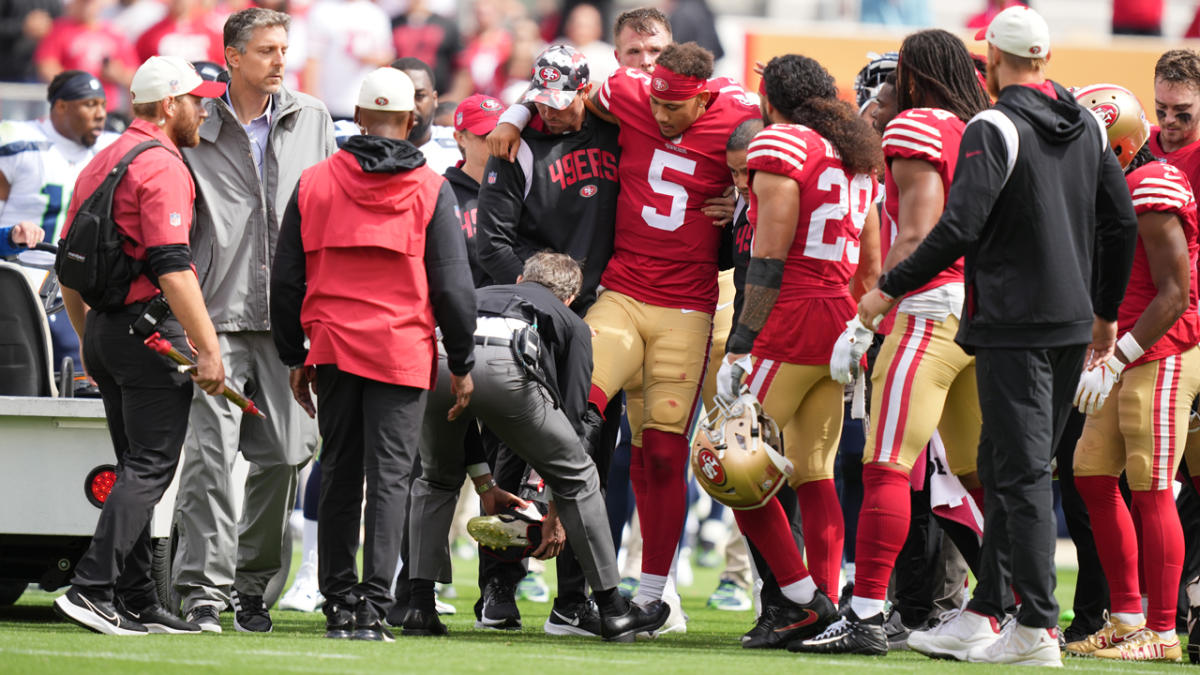 Trey Lance was carted off the field with a right ankle injury late in the first quarter of Sunday’s game against the Seattle Seahawks at Levi’s Stadium, and the 49ers’ young quarterback quickly was ruled out by the team.

Lance suffered the injury on a 2-yard zone-read run deep in Seahawks territory, after taking a hit from linebacker Cody Barton in the middle. Garoppolo and his 49ers teammates surrounded Lance as he was put on a cart with his right leg in an air cast, and well wishes came quick for the QB on social media.

Oh no Trey! Damn hate to see injuries! This is why you keep Jimmy.

Lance, the 49ers’ 2021 first-round draft pick, had completed 2 of 3 passes for 30 yards and run for 13 yards on three carries before exiting the game with the injury.

After a turbulent offseason in which the 49ers named Lance their starting QB and intended to trade Garoppolo, the injury is a cruel twist to the story.

Garoppolo’s first play from scrimmage was a 4-yard pass to Brandon Aiyuk on third-and-6. Robbie Gould then kicked a 33-yard field goal to give the 49ers a 6-0 lead.

On Garoppolo’s first full drive, he hit tight end Ross Dwelley for a 38-yard touchdown pass to give the 49ers a 13-0 lead.

Jimmy Garoppolo is in the game without having any practice time during training camp.

Don’t know for sure but I’d think FB Kyle Juszczyk is the most likely backup QB right now.

Garoppolo wasn’t expected to be on the 49ers’ roster this season, but because San Francisco wasn’t able to find a team willing to trade for him at its asking price, he became a valuable insurance policy. Now the 49ers’ concern turns to Lance’s health, as he’s expected to be the franchise’s future QB for years to come.

‘One of the worst losses in NFL history’: Browns fans livid online after Jets loss