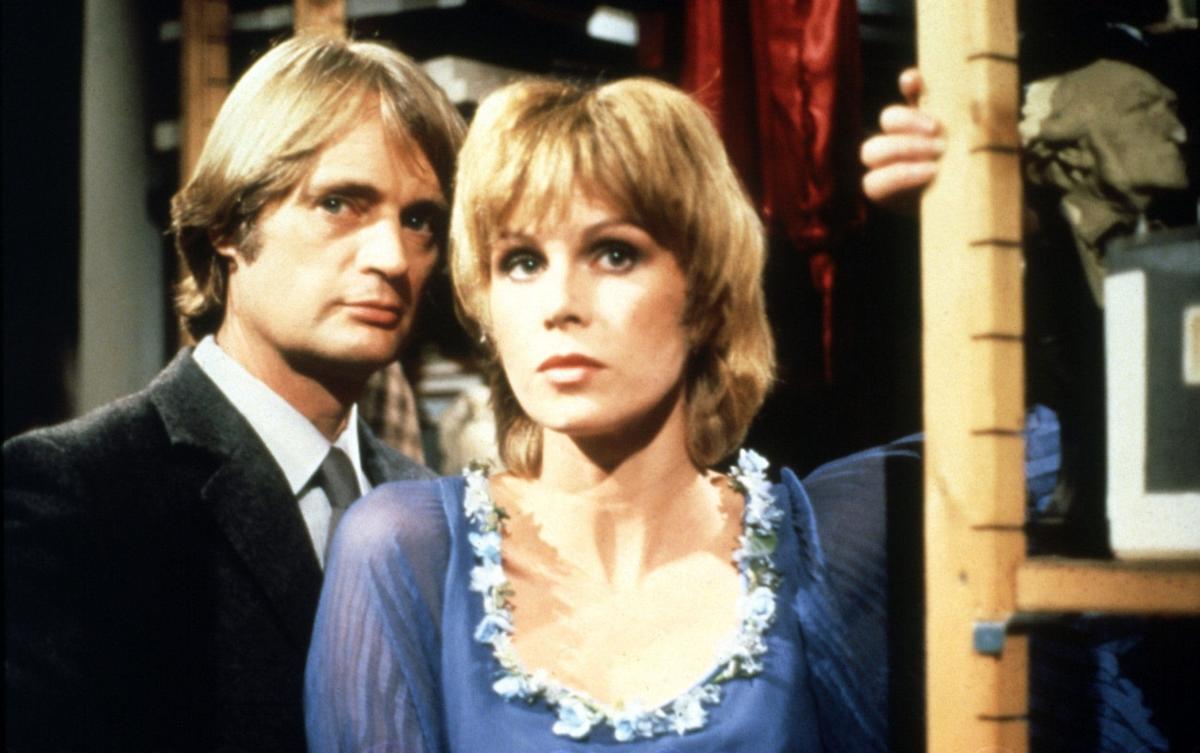 A man and a woman stand at the window of a service station coffee shop, sta…

A man and a woman stand at the window of a service station coffee shop, staring into space. As the camera pans back the greasy spoon is revealed to be drifting through deep, freezing nothingness. It’s devastatingly creepy, made all the stranger by the early Eighties ITV production values. And by the fact one of the pair is Joanna Lumley, a national treasure even in 1982. Her companion is David McCallum, best known for playing the blue-eyed hero of the Man from U.N.C.L.E.

But he was more chillingly inscrutable than ice-cool standing beside Lumley as they shot the closing sequence of Sapphire and Steel. One of the weirdest TV shows ever made, the series followed the adventures of a pair of time travelling super-agents – Sapphire (Lumley) and Steel (McCallum) – as they outwitted ghosts, aliens and other malevolent entities.

These nightmares were brought to life by a production team toiling on a shoe-string. And yet the parade of horrors they churned out was terrifying. The restless spirits of plague victims, a man in a bowler hat without a face, submariners choking to death. Once seen, none were easily forgotten.

Having scared the bejesus out of audiences tuning to its early evening time slot across six seasons, Sapphire and Steel then said farewell with the mother of all shock endings.

The setting was a truck-stop restaurant, to which Sapphire and Steel had been lured by nefarious figures known as Transient Beings – precursors to Hugo Weaving’s Agent Smith from The Matrix. The final twist came as Sapphire and Steel discovered the cafe had been relocated to deep space. And that is how Lumley and McCallum took their bows – via a cosmic cliff-hanger to which there was never any resolution.

The plan was for Sapphire and Steel to return. Alas, organisational changes within ITV led to its cancellation (Luther creator Neil Cross tried unsuccessfully to reboot it several years go). It went out on a high, though, with that truck stop episode ranking as one of the week’s most watched shows.

Given the supernatural subject matter, it is apt that in the intervening decades Sapphire & Steel has lived a ghostly afterlife. Its spirit infuses The Lazarus Project, the big new prestige thriller from the Sky about a crack squad of agents hopscotching across time fixing glitches in the fabric of the universe. Sapphire and Steel also lives on in Russian Doll, the Netflix hit in which time has a mind of its own and actively intervenes in the life of Natasha Lyonne’s character.

Time is likewise a sentient and slightly malevolent force in Sapphire and Steel. We know this because Steel says so in the very first episode, in which he and Sapphire investigate the disappearance of a mother and father in a spooky house containing too many clocks and not enough light sources. “You cannot enter into time,” Steel tells the aghast son of the missing couple. “But once in a while, time can enter into the present… break in… burst through.”

If Sapphire and Steel is remembered in 2022 it is as a harrowing helping of late Seventies and early Eighties “Hauntology”. This was the heyday of utterly terrifying public information videos and of children’s TV so hair-raising it would today come with a health warning for adults, to say nothing of the under-12s.

Sapphire and Steel is undoubtedly part of that tradition (it was originally intended as a kids’ show, in the vein of Children of the Stones). Watched in the 21st century, though, it is obvious its legacy goes beyond this niche corner of popular culture.

“It was a forerunner of the X-Files,” Lumley declared, picking up on the parallels between her and McCallum’s characters and the iconic Nineties duo of Mulder and Scully. And it’s hard not to imagine that David Lynch didn’t come across Sapphire and Steel at some point. The low-key eeriness and the way in which the mundane is rendered blood-curdling mark it as a blatant influence on Twin Peaks.

As with Twin Peaks, the uncanniness was to a large part rooted in a refusal by the show’s creator, Peter J Hammond, to explain too much. One popular theory is that Sapphire and Steel are aliens sent to earth (they have quasi-magical powers – Steel is able to lower the temperature; Sapphire can rewind time). And yet their extra-terrestrial status is never confirmed – instead we learn only that they are part of a team of interstellar investigators named after elements, precious stones and compounds (we are introduced to two others, Lead and Silver). “I didn’t want to give too much away,” said Hammond, “because once you say where they’ve come from, you’re committed.”

Hammond was a jobbing TV writer who had worked on venerable fodder such as Dixon of Dock Green and Z Cars before graduating to Emmerdale and The Sweeney. Prior to Sapphire and Steel his break-out project was Ace of Wands, a kids’ show about a stage magician with telekinetic abilities.

Its success convinced Thames TV to commission him to write another children’s series, The Time Menders. However, it was judged too disturbing – even for the Seventies –  and shelved. Enter buccaneering producer and Svengali Lew Grade – no stranger to outré telly having green-lit Patrick McGoohan’s The Prisoner in 1967.

He snapped by the Time Menders for his ITV franchise, Associated Television. Renamed Sapphire and Steel and reconfigured for adults, it appealed to Grade because, if scary and esoteric, a reliance on indoor locations and a dialogue-driven plot ensured it could be put together on a shoe-string.

Grade understood smart casting was crucial. And so he sprung open his cheque book for the mega-wattage duo of Lumley and McCallum. Arriving on set, Lumley may well have sensed most of the budget had gone on her pay. “It was made for chips – as everything was back then,” she would state.

But the lack of resources didn’t put her off and she was grippingly serious as Sapphire – though her performance rated as positively ribald alongside the even more severe McCallum. They were a partnership forged in creepy TV heaven and across those half dozen seasons – each consisting of a number linked episodes – created arguably one of the greatest ever British sci-fi shows.

The horror factor was up front, despite the pre-watershed slot. Season one takes place in a house haunted by ghosts summoned by a young girl reciting Ring a Ring o’ Roses. Scarier yet is the series two setting of an abandoned railway station stalked by the spirit a World War One soldier shot hours after the Armistice. Later, Sapphire & Steel introduced aliens who have declared war on eating meat and the aforementioned Transient Beings, who dress like regional bank managers yet whose eyes glow red.

For all the spookiness, though, Sapphire and Steel was generally easy on the grey matter. Everyone involved felt an obligation to create TV accessible to the average viewer. “My mother used to have a cleaner, Mrs Puttock,” McCallum would say, “and she saw the first episode and said to me: “I loved it, but I didn’t understand it”, so we always tried to make the stories Puttock-proof.”

Still, the potential audience for marrow-chilling time-travel telly made on a micro-budget was always going to be finite. And so, in 1982, with ATV having been acquired by Central Television, the plug was pulled. And with that, the cliff-hanger in which Sapphire and Steel are lured to the restaurant at the end of the universe was doomed never to be resolved. To this day, it rankles with at least one of those involved. “I hate it,” Lumley lamented. “I’m still up there. I’m stuck in that petrol station.” 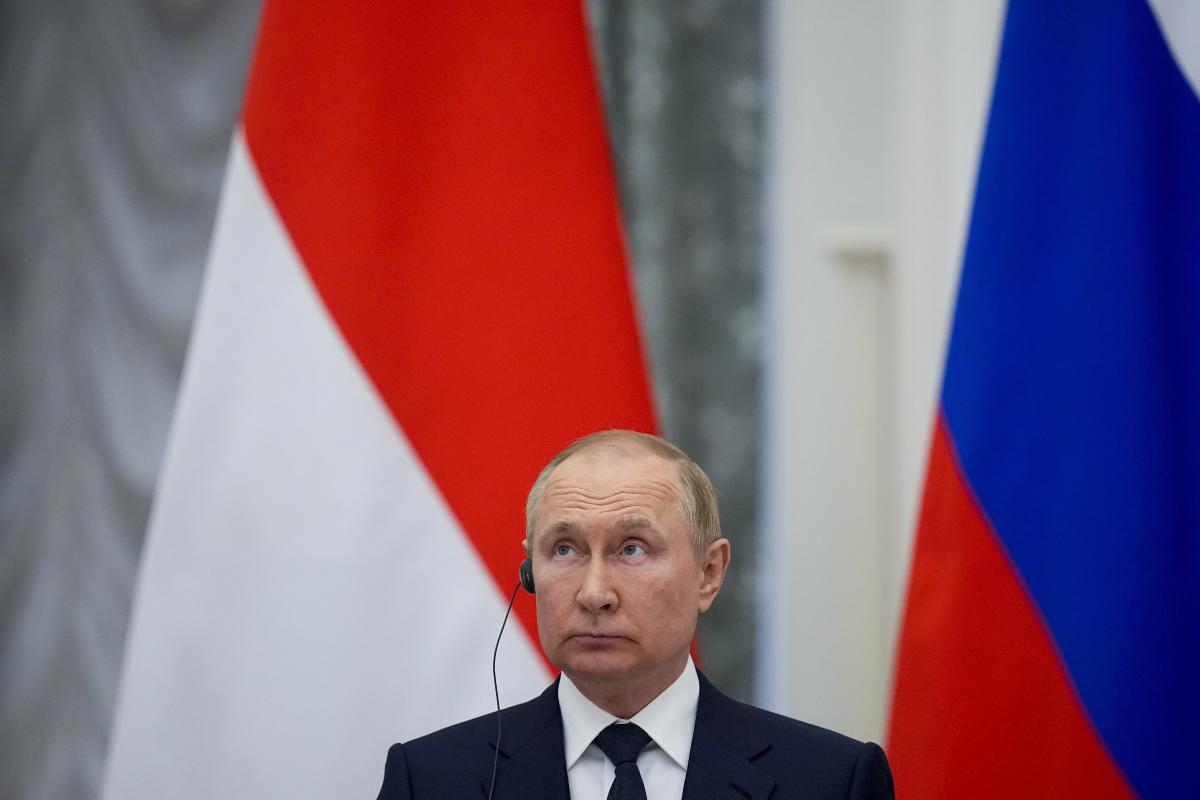 It has not been an easy week for Russian President Vladimir Putin.

BROOKLINE, Mass. (AP) — Phil Mickelson isn’t giving up on playing on the PG…