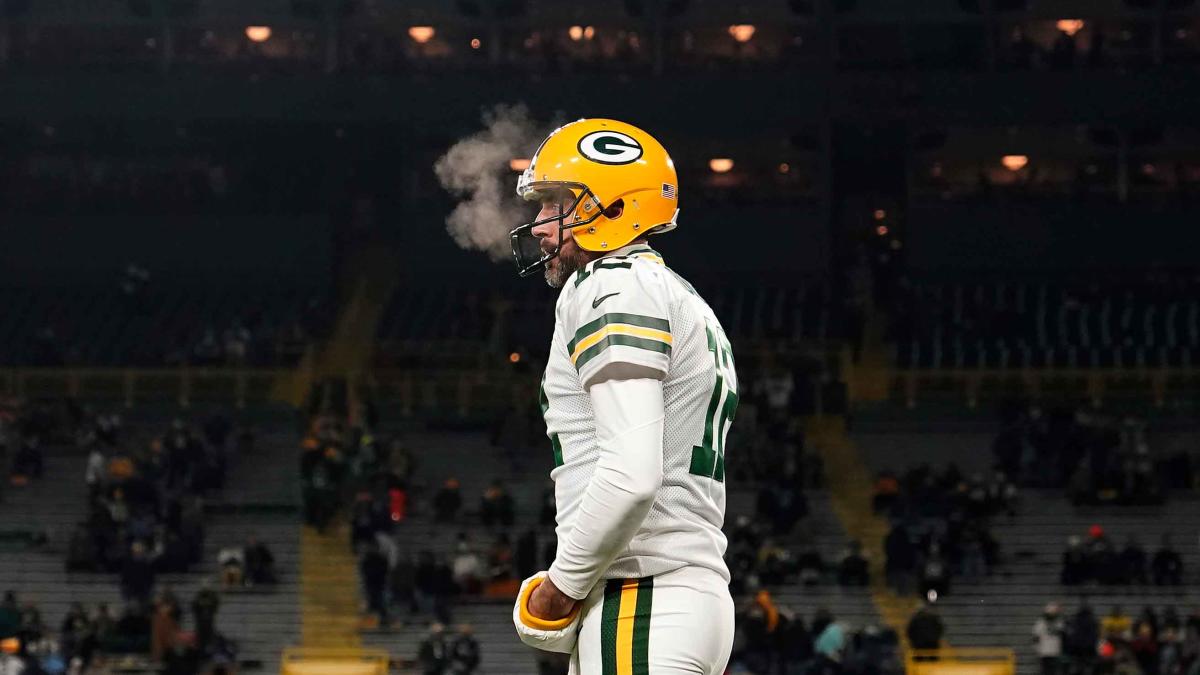 Aaron Rodgers has had plenty to talk about this year with the Green Bay Packers, but when it comes to getting booed by his own fans, he was left with one word: “Interesting.”

The Packers finally gave the Lambeau Field crowd something to cheer about last Sunday when they earned an overtime win over the Dallas Cowboys. The team quickly found itself back in the loss column on Thursday, though, with a 27-17 defeat against the Tennessee Titans.

Green Bay surrendered a rushing touchdown to Derrick Henry with 32 seconds left in the first half, giving Tennessee a 14-6 edge. Rodgers and Co. quickly headed back to the locker room and were met with boos from restless fans.

After the game, Rodgers was asked about the boos and took a little while before providing his one-word answer:

Rodgers had a passable statline in the game: 24-for-39 passing, 227 yards and two touchdowns. It was far from enough against the AFC South-leading Titans, however.

Thursday’s loss added more disappointment to an underwhelming season in Green Bay. After starting the year 3-1, the Packers have dropped six of their last seven games. They are five games back of the Minnesota Vikings in the NFC North and would have the No. 12 pick in the 2023 NFL Draft if the season ended right now.

For now, the Packers’ current No. 12 has bigger issues in front of him. Next up for Rodgers and Co. is a Sunday Night Football showdown with the 8-1 Philadelphia Eagles in Week 12. They will then face the Chicago Bears at Soldier Field on Dec. 4 before going on bye and returning to Lambeau Field for Monday Night Football against the Los Angeles Rams on Dec. 19.

If the Packers continue their losing ways on the road, they may be greeted with more boos at home a month from now.

Pima County A man is in custody Tuesday morning after a Pinal County middle school was put in lockdown after...

Classified documents were found at former Vice President Mike Pence’s home, a representative for Pence wrote to the National Archives...

There was fury today after a transgender rapist attacked two women as a man then changed gender before the trial. ...

WASHINGTON – Taylor Swift took center stage during the Senate’s Tuesday hearing, which examined the lack of competition within the...

Jamie Lee Curtis shares priceless reaction to 1st Oscar nomination: ‘This is what surprise looks like’

Jamie Lee Curtis wearing Stella McCartney poses on the red carpet during the Oscars arrivals at the 94th Academy Awards...

Tom Cruise in Top Gun: Maverick; Viola Davis in The Woman King; Taylor Swift (Everett Collection/Getty) Would we have more...

Milan Lucic is 34 years old but he's still the most powerful fighter in the NHL, and the former Bruins...

Greg Olsen has been excellent in the booth, but Fox isn't paying Tom Brady big money to be No. 2.

There are four teams left, and for 10 people tied to those teams, how the season's final three games play...

The weight on the Bengals bandwagon has led to a drastic shift in the title game odds, where Cincinnati is...