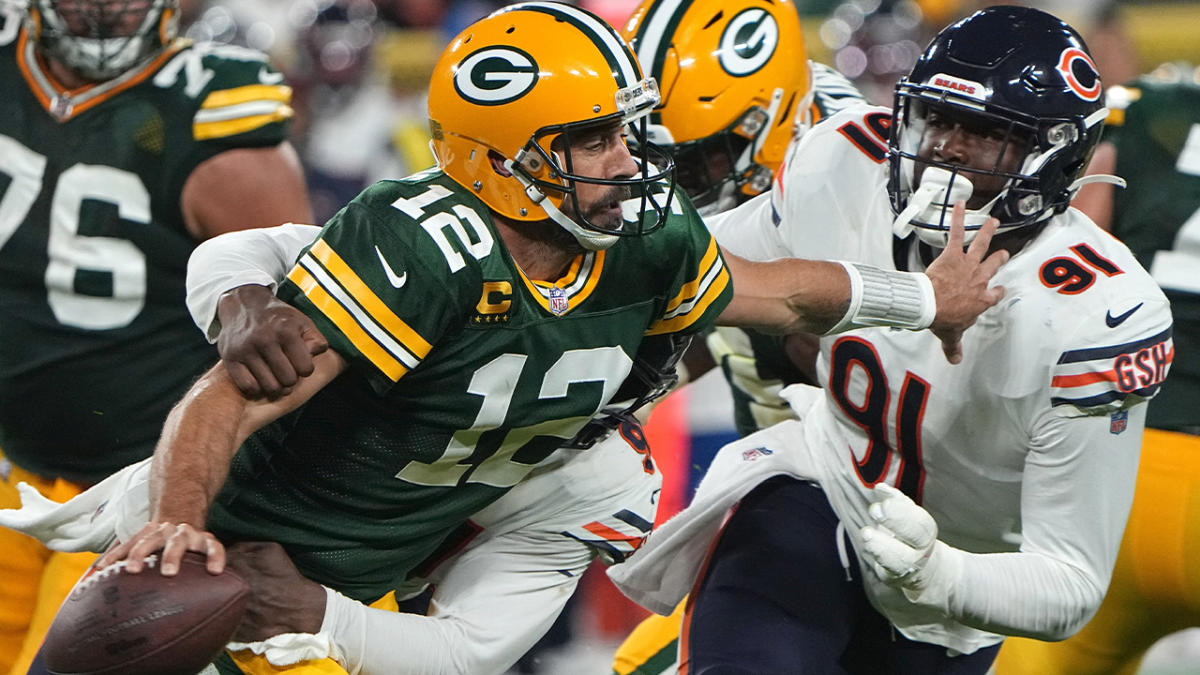 Aaron Rodgers is an eccentric guy.

He has an astrology-inspired tattoo, Nicholas Cage impersonations, participation with hallucinogens and a plethora of oddball stories from his time in the spotlight.

The four-time NFL MVP quarterback added another to his resume with a new haircut. He left all the hair from his long locks on top and buzzed the sides to give him an interesting new appearance for Sunday’s game against the Bears.

What pushed Rodgers over the edge to get a fresh cut?

“I think when I saw my picture from the NFL Honors, I said, ‘Woof. Might be time,’” Rodgers said on The Pat McAfee show. “So, after I did all my hippy s–t, at some point I’m gonna cut this. It just finally came to be last Friday.”