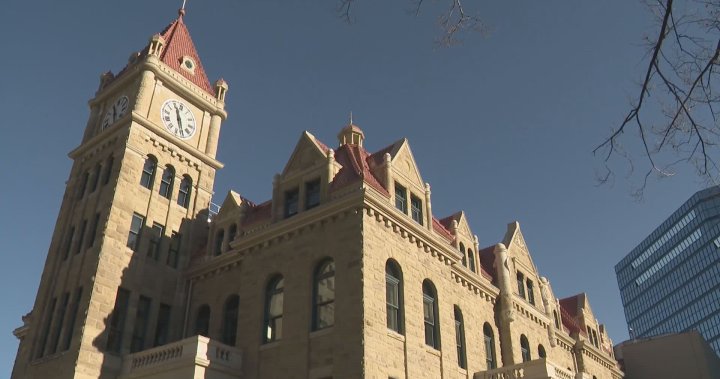 Calgary city council unveiled several spending priorities as it made adjustments to the current four-year budget cycle this week.

According to calculations by Global News, the adjustment includes more than $172 million in new spending across several departments within city hall.

“We are not a government that makes promises and doesn’t deliver,” Mayor Jyoti Gondek said following the budget vote Wednesday night. “We are a government that has a very clear mandate and understands what needs to be done, and we put the power of our budget behind it.”

The adjustments to the 2022 budget included $15 million in funding to begin work on erecting a permanent memorial to recognize the victims and survivors of Canada’s residential school system. The money will also cover securing land for an Indigenous gathering centre.

Local Indigenous activist Michelle Robinson said the funding is a good first step for the new council towards answering the calls to action from the Truth and Reconciliation Commission.

“This is a good step forward for politicians working on actual solutions instead of just talking points and rhetoric,” said Robinson, standing outside the temporary memorial on the steps of city hall. “We need more action, but this is a great first step. My hope is that the residential school survivors will know that this is at least one of the things (council) heard.”

While the investments were welcome by officials at Vibrant Communities Calgary, it was the conversation around the horseshoe in council chambers that sent a signal to the group that there would be future commitments to these priorities.

“We don’t just need a short-term, one-time investment in some of these things. We need multi-year investments and multi-year strategies to make sure that we’re not in the same situation every year,” Vibrant Communities Calgary executive director Meaghon Reid said. “I was pleased to hear that kind of conversation happening around council table.”

To pay for this spending, it is expected the property tax rate will increase by 3.87 per cent, the equivalent to an additional $6.20 per month for the average Calgary homeowner.

Businesses can expect a corresponding rise in their property taxes, depending on the type of business they operate, and that has the Canadian Federation of Independent Business (CFIB) concerned about the potential impacts.

“We saw council go above administration’s own recommendation of a tax increase,” CFIB Alberta provincial affairs director Annie Dormuth said. “This is going to hit small businesses in the form of property tax increases at a time when economic recovery is still slow and they can least afford stomaching any additional new costs.”

Although the local business advocacy organization welcomes the funding in the budget for arts and culture as well dollars to address vacancy rates in the downtown core, the concern is the unexpected tax hike.

“All those pieces are really important and it does take investment in Calgary’s future for us to get there,” chamber spokesperson Ruhee Ismail-Teja said. “It is hard to cut our way to a better city, at the same time businesses and families are not in a position to pay almost four per cent more in property taxes.”

Ismail-Teja said the Chamber is urging city hall to diversify its revenue sources and to rebalance property tax ratios to get there.

According to the Chamber, revenue sources could include the sale of city-owned land, or accessing the market through municipal or green bonds to fund projects.

“If we need the funds to be able to invest in our city but it can’t come off the backs of businesses and families in our city, then we really do need some alternatives,” Ismail-Teja said.

TLTI clerk to be Westport CAO