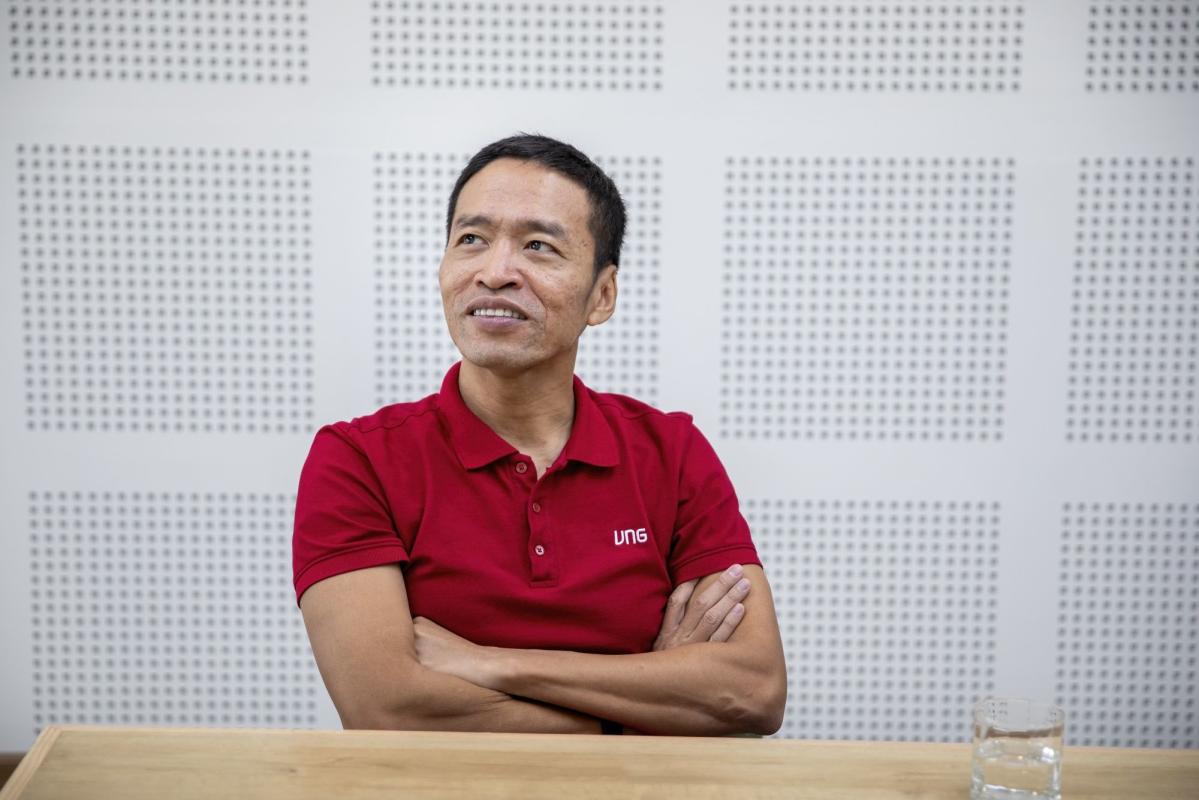 VNG Corp., Vietnam’s answer to Tencent Holdings Ltd. with games, messaging, videos and music among its services, is accelerating its international expansion, co-founder Le Hong Minh said in an interview at its headquarters in Ho Chi Minh City. Games will be its spearhead, and VNG also seeks to add global revenue from artificial intelligence and cloud computing products.

The tech startup’s success abroad would be a milestone for Vietnam, a Communist country better known for textiles and agriculture. As part of its growth plans, VNG has taken steps toward being included on a local exchange for unlisted firms, often a precursor for a listing on an official exchange. The company is also reportedly eyeing a US listing — something Minh wouldn’t directly confirm.

“We want to be a global technology company,” said Minh, also the company’s chief executive officer. “So we have to play in the same playground, and access the best and obviously most demanding investor base in the world.”

VNG has emerged as one of the country’s most watched startups and a US IPO would make it the first Vietnamese tech company to list in America. Its stock-market debut could follow on the heels of Vietnamese electric-car maker Vinfast, which is targeting an IPO on the US stock market as soon as January.

VNGGames, the company’s gaming arm, is key to its international expansion, Minh said. It has users in more than 130 countries and expects to have 320 million customers globally in 2023, according to the unit’s website. VNG has seven offices abroad, including in Beijing, Taipei and Bangkok.

Formerly known as Vinagame, VNG had its start as a game publisher in 2004. It develops and publishes its own titles as well as local versions of international hits, and has gradually expanded to a wide range of services, such as music sharing, video streaming, messaging, a news portal and mobile payments.

Zalo is now deeply embedded in the life of Vietnamese who use it to chat, pay bills and shop. The app had 74.7 million monthly active users in February, while Messenger had 67.8 million, according to the Ministry of Information and Communications, the most recent data available.

“We are proud about the fact that we openly competed with the best in the world,” Minh said. “We were able to build a dominant product because of our product strength and ability to understand users.”

Yet finding success abroad won’t be easy. Gaming leaders such as Tencent and Activision Blizzard Inc. have billions of dollars in development and marketing budgets and world-famous titles. US apps from Facebook and Instagram to Twitter and YouTube dominate the social media market internationally, leaving China’s TikTok as a rare major international success story from Asia.

“VNG should warrant more investor attention because of its striking resemblance to that of Tencent, with businesses in online gaming, social messaging, fintech, e-commerce,” said Alec Tseung, a partner at KT Capital Group, a Hong Kong-based research firm that focuses on Southeast Asia. Still, he said VNG lacks some of the advantages of its giant Chinese counterpart. “The domestic dominance of Tencent could largely be thanks to the regulatory environment in China that VNG doesn’t have,” he said.

A successful IPO could give VNG firepower for its effort. Valued at $2.2 billion to $2.5 billion about a year ago, according to a person familiar with the matter, it also has deep-pocketed backers such as Tencent, and Singapore state investors GIC Pte and Temasek Holdings Pte.

VNG has been exploring going public in the US since at least 2017. In July, media outlet IFR reported that the company is planning a US IPO of about $500 million by listing about 12.5% of its equity as early as the end of this year. VNG declined to comment on US IPO plans.

In Vietnam, the company took steps in November to register its shares for depository ahead of planned trading on the Unlisted Public Companies Market, or UpCoM. The move is the most significant step yet by VNG toward a stock-market listing.

Minh says he draws inspiration from Silicon Valley and looks to replicate its office campus culture. Three years ago VNG moved into its glass-walled atrium headquarters overlooking the Saigon River in an area previously known for textiles. The building features feng shui architecture with open spaces filled with plants, cafes, a koi pond, state-of-the-art gym and employees clicking away at laptops while sitting on giant beanbags.

Minh sees his company, which was founded at a time when only a fraction of Vietnam’s population accessed the internet, as a catalyst for the nation’s young tech startup culture. Vietnam last year drew record high venture capital investments at more than $1.4 billion in 165 deals, up from $451 million with 105 deals raised in 2020, according to a report by Do Ventures and the National Innovation Center.

“In the future, Vietnam won’t just be known for coffee and manufacturing,” Minh said. “We can build capabilities and people and provide services to the global technology industry.”

–With assistance from Yoolim Lee and Nguyen Kieu Giang.