= Alex Murdaugh arrested, accused of obtaining property by false pretenses
Skip to content
You are Here 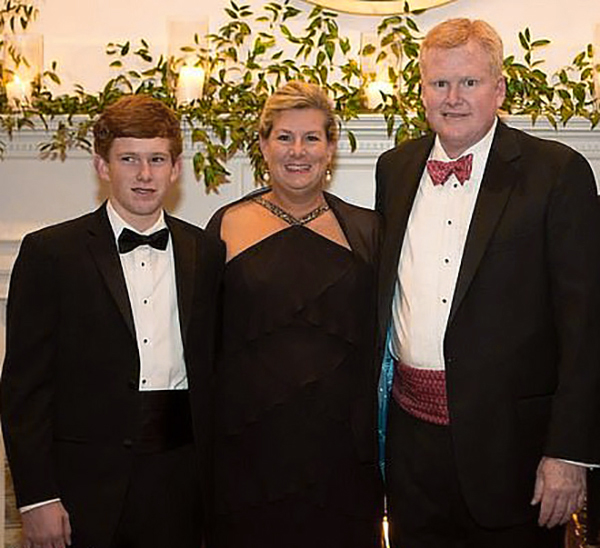 Alex Murdaugh, the scion of a prominent legal family in South Carolina’s Lowcountry, was charged Thursday in connection with an investigation into missing funds from a settlement involving the death of his longtime housekeeper, authorities said.

Murdaugh was taken into custody in Orlando, Florida, after he was released from a drug rehabilitation facility there, according to the South Carolina Law Enforcement Division, or SLED. He will be held until an extradition hearing and faces two felony counts of obtaining property by false pretenses.

“Today is merely one more step in a long process for justice for the many victims in these investigations,” the agency’s chief, Mark Keel, said in a statement. “As I have said previously, we are committed to following the facts wherever they may lead us and we will not stop until justice is served.”

The heirs of Gloria Satterfield, a family housekeeper who died three years ago in what was initially described as an accidental fall, have insisted they received none of the proceeds from a $4.3 million settlement orchestrated by Murdaugh.

Murdaugh’s arrest — his second in two months — is the latest in a twisting saga that has raised questions about the family’s powerful connections.

From the beginning, authorities have considered Murdaugh a person of interest in the deaths of his wife, Margaret, and son, Paul, one of his lawyers said in an interview Wednesday, while insisting that his client was not involved.

Murdaugh’s actions on the June night that he found his wife and son fatally shot at their rural estate have been scrutinized as state investigators wade through evidence as well as untangle a web of criminal investigations spawned from the double homicide.

Law enforcement “has said from the get-go that Alex was a person of interest,” his lawyer, Jim Griffin, told the local FOX affiliate WHNS in Greenville.

State investigators have declined to comment about details of the investigation and Murdaugh’s status in the probe. Griffin did not immediately respond to a request for further comment Thursday, but suggested to WHNS that investigators have been unable to connect his client with the slayings.

Murdaugh, 53, who worked as a personal injury attorney, had an alibi on the night of the murders, Griffin said, and was spending time with his mother, who has dementia, and her caregiver.

In a 911 call placed by Murdaugh at 10:07 p.m., he reported finding Margaret and Paul, who were unresponsive.

“My wife and child were just shot badly,” he said after finding their bodies near dog kennels on the property.

In the aftermath of the shootings, and despite not releasing names of suspects or persons of interest in the case or potential motives, state investigators said there was no danger to the public.

His personal life unraveled when his attorneys say he hired a friend and former client, Curtis Edward Smith, to kill him over Labor Day weekend so that another son, Buster, could benefit from a $10 million life insurance policy. Murdaugh’s attorneys said he was depressed over the deaths of his wife and son, and was spiraling from a 20-year drug addiction to opioids when he decided that he wanted to die.

Murdaugh was charged with insurance fraud, conspiracy to commit insurance fraud and filing a false police report, and released on a $20,000 personal recognize bond after turning himself in.

Separately, Smith faces several charges related to insurance fraud and assisted suicide as well as drug-related charges for methamphetamine and marijuana after authorities say they found those in his home.

Griffin denied that the plot was “an elaborate money scheme,” but rather the actions of a desperate man “who had lost his will to live.””

Griffin said Smith stood about 5 feet away when he met Murdaugh on a rural road in Hampton County and obliged his request by firing a .38-caliber revolver at his head. Griffin also responded to questions regarding why Murdaugh appeared to have no visible head injuries when he appeared in court last month, even though he insisted to police that Smith shot him.

Griffin acknowledged that he also did not see a bullet wound, but is awaiting hospital records to verify Murdaugh’s injuries.

Murdaugh’s account is just one of many inconsistencies that have made it difficult to pin down what transpired on the day of the shooting, although authorities in their arrest warrants have offered up his version of events.

But Smith and his lawyer, Jonny McCoy, are pushing back. On NBC’s “TODAY” show on Thursday, they disputed that Smith was a willing accomplice as well as claims that he was Murdaugh’s drug dealer.

Smith, 61, has said that Murdaugh had called him and asked to meet him on the roadside with his work truck. When he got there, he saw that Murdaugh had a gun and it appeared he was going to shoot himself, which is when Smith said he intervened. The gun fired. Once Smith realized that Murdaugh was OK, he said he drove off.

In his initial account shared by his attorneys after the shooting, Murdaugh said he was checking on a flat tire when he was the victim of a random attack by a person in a blue truck.

McCoy said Murdaugh’s shifting stories make him unreliable, while his Smith has been steadfast in what he says happened.

This is a breaking news story. Please check back for updates.