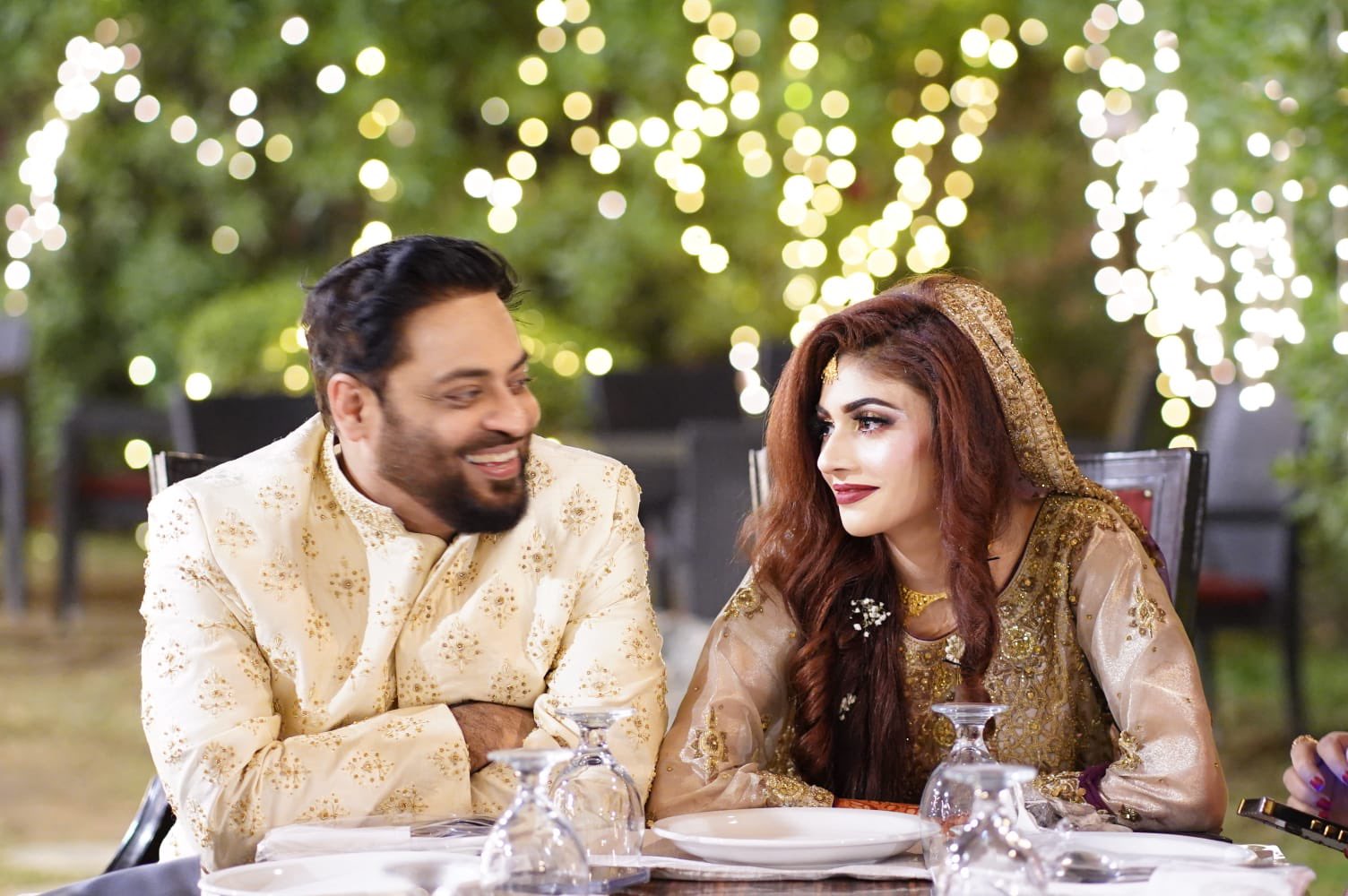 Karachi: Announcing his third marriage on his Instagram, and Twitter account, Aamir Liaquat Hussain said that he got marriage to 18-year-old Syeda Dania Shah last night. Dania belongs to the “Sadat” family of the esteemed Najib Tarfeen of Lodhran in South Punjab. Amir Liaqat also shared a beautiful photo with his third wife on social media.

Tie a knot with,Syeda Dania Shah,18,belong to an honourable Najeeb ut Tarfain“Sadaat”Family of Lodhran,South Punjab, saraiki,lovely,charming, simple&darling.I would like to request all of my well wishers,please pray for us, I have just passed the dark tunnel, it was a wrong turn. pic.twitter.com/gO7nVO4pwj

Hussain had two wives earlier, Syeda Bushra, and Tuba Anwar, Aamir gave divorce to Bushra while Tuba got the divorce from Aamir. Hussain further said about his newlywed bride that his wife is Saraiki, charming, simple, and lovely. “I urge all my well-wishers to pray for us,” he said. I have just gone through a dark period of my life which was a turning point.

It should be noted that just yesterday, Tuba Anwar, the second wife of Amir Liaquat, had confirmed her divorce from him. And just a day after the divorce, Amir Liaquat announced his third marriage.

Moore: Phoenix Suns' Game 7 loss was so bad that it stains the legacies of all involved