Ralph Hasenhuttl insists he has never dwelt on 9-0 mauling… 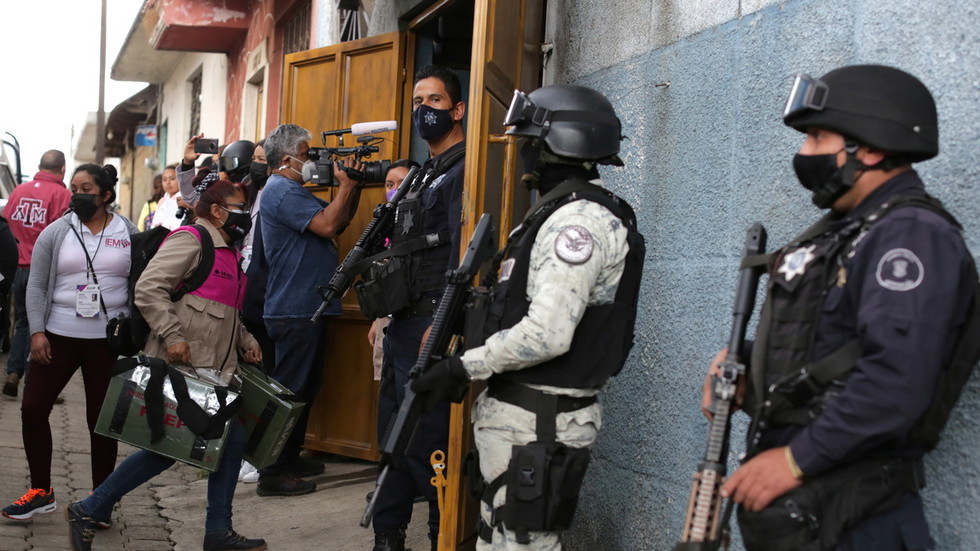 The foreign ministers of Argentina, Bolivia, and Mexico have all said the leader of the OAS regional bloc played a toxic role ahead of what is set to be the largest vote in Mexican history, taking place on Sunday.

The spat began when Mexican Foreign Minister Marcelo Ebrard slammed Luis Almagro’s leadership of the Organization of American States (OAS), a regional bloc of 35 countries in the Americas and the Caribbean.

“The performance of the current OAS secretary-general, Mr. Almagro, has been one of the worst in history,” Ebrard told reporters on Friday. “He has acted repeatedly without consulting the member states … He acts as if he were autonomous.”

Ebrard added that he would allow OAS officials to monitor the election on Sunday, despite his personal views on Almagro.

Almagro responded by referring to last month’s collapse of an overpass carrying the Mexico City Metro train, which killed 26 people. “I hope that no other structure that he built as mayor of Mexico City collapses,” Almagro told Colombian news channel NTN24.

Argentinian Foreign Minister Felipe Sola joined the argument on Saturday, accusing Almagro of wanting to “influence the elections in Mexico by attacking Ebrard.”

“Not only does he demonstrate the inability to generate consensus among [OAS] member states, but also great institutional irresponsibility,” the official tweeted.

Rogelio Mayta, the minister of foreign affairs of Bolivia, tweeted that he agreed with Ebrard about Almagro’s tenure in the OAS being the worst. Mayta wrote that Almagro “supported the coup and corruption of the de facto government of Bolivia,” referring to the interim government that ruled between 2019 and 2020, after President Evo Morales was ousted from the country.

Ebrard retweeted the tweets by Sola and Mayta, in which they attacked the OAS chief.

Mexico is in the midst of the largest election in its history. Voters are choosing candidates to fill 20,415 positions across the country, including the whole of the 500-seat Chamber of Deputies, the lower house of the nation’s parliament, and governors in 15 states.

The process has been marred by a spike in political violence, however. According to consulting firm Etellekt Consultores, 91 politicians have been killed, including 36 candidates, since September 2020.

Russia’s forex reserves surge by $5 BILLION in one week

Desperation drives thousands of Afghans a day across borders