Aris Antoniades is a successful musician from Cyprus whose music is loved by many and is featured and played in an international festival such as Kypria International Festival 2020 and others. Aris is currently writing a new set of works for the band’s new album, which is scheduled to be recorded in 2021.

Born in Limassol, Cyprus Released a single in 2019 “Main Theme (from BIZONE)” and few covers. Aris started their music career in 2016 as a composer and music arranger. Aris has written extensively for film and theater, having scored seven short films, including the film Bizone, The Rescue, You, Me, & Me, Eviva, Not Now, and Mr. Dodson, whose soundtrack has been released on all major streaming platforms.

Antoniades is a recipient of the Fulbright award, and he has completed his Bachelor’s and Master’s degrees in classical composition at Manhattan School of Music in New York City.

Antoniades has performed at various music festivals/concerts where he has shown his magical music skill to the audience. In October 2020, a play called ‘Women of Soil’ premiered at Versus Theater in Limassol including the music which was composed by Antoniades. written and arranged music for eight-time Grammy nominee Bobby Sanabria, the National Radio Symphony Orchestra of Greece (ERT), and X-Factor (Greece) judge George Theofanous.

Aris Antoniades complete credit and performance can be seen at https://www.arisantoniades.com/credits 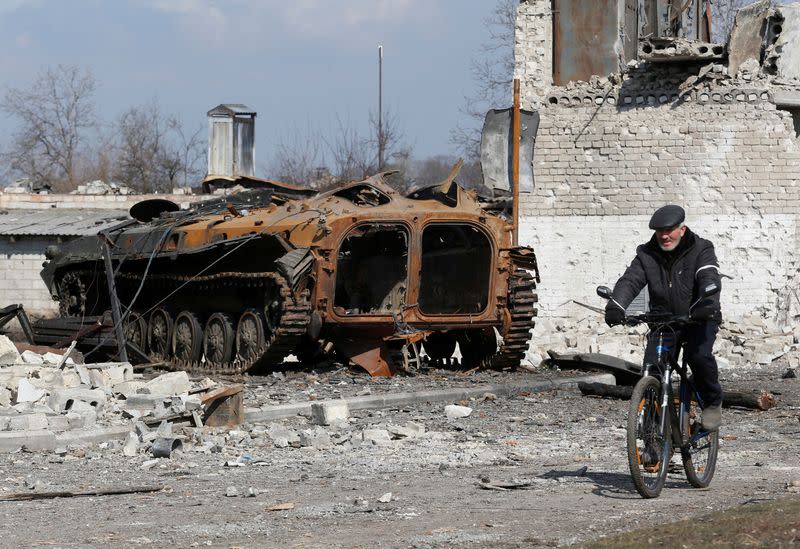 LONDON (Reuters) -Russia has probably lost around a third of the ground forces it deployed to Ukraine and its offensive in the Donbas region “has lost momentum and fallen significantly behind schedule”, British military intelligence said on Sunday.

UNITED NATIONS (AP) — The United Nations on Wednesday significantly lowered its forecast for global economic growth this year from 4% to 3.1%, saying the war in Ukraine has triggered increasing global food and commodity prices and exacerbated inflationary pressures, upending the fragile recovery from the COVID-19 pandemic.