As Ukraine worries UN, some leaders rue what's pushed aside 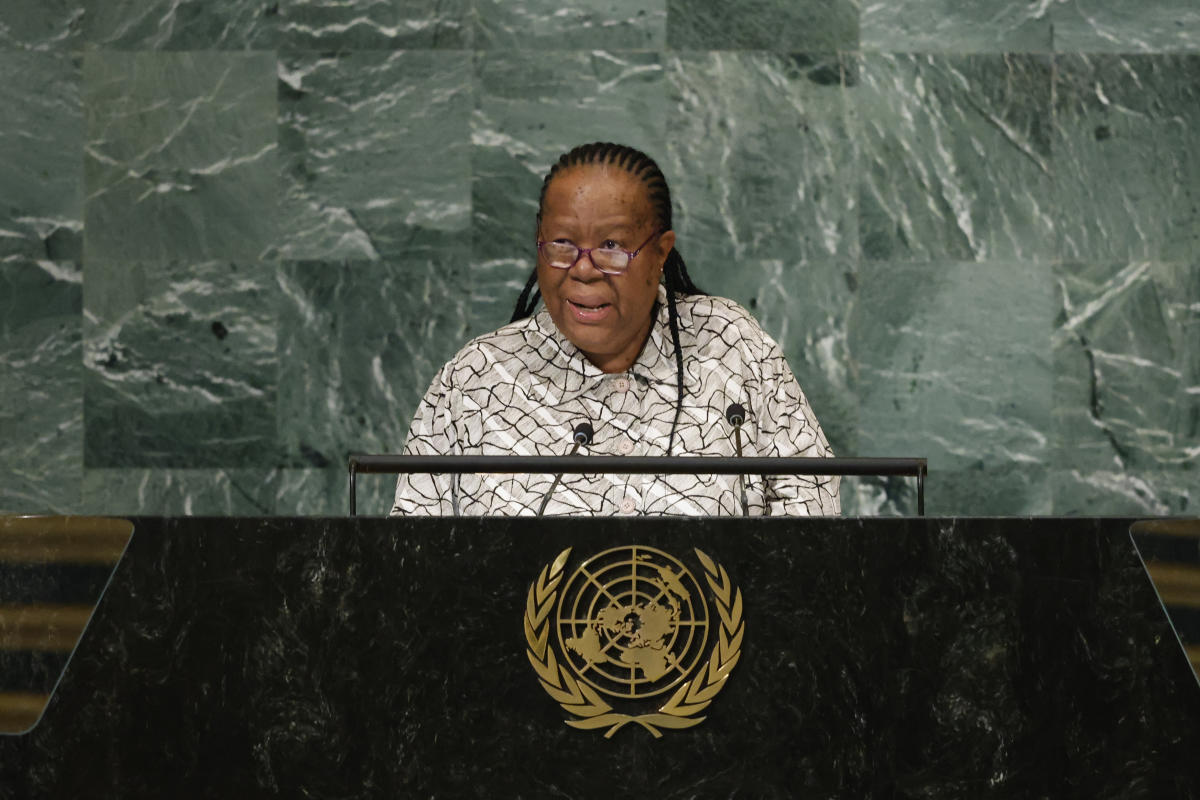 A few, like Nigerian President Muhammadu Buhari, prodded the world not to forget everything else.

He, too, was quick to bring up the biggest military confrontation in Europe since World War II. But he wasn’t there to discuss the conflict itself, nor its disruption of food, fuel and fertilizer markets.

“The ongoing war in Ukraine is making it more difficult,” Buhari lamented, “to tackle the perennial issues that feature each year in the deliberations of this assembly.”

He went on to name a few: inequality, nuclear disarmament, the Israeli-Palestinian conflict and the more than 1 million Rohingya refugees from Myanmar who have been living in limbo for years in Bangladesh.

In an environment where words are parsed, confrontations are calibrated and worry is acute that the war and its wider effects could worsen, no one dismissed the importance of the conflict. But comments such as Buhari’s quietly spoke to a certain unease, sometimes bordering on frustration, about the international community’s absorption in Ukraine.

Those murmurs are audible enough that the United States’ U.N. ambassador, Linda Thomas-Greenfield, made a point of previewing Washington’s plans to address climate change, food insecurity, health and other issues during the diplomatic community’s premier annual gathering.

“Other countries have expressed a concern that as we focus on Ukraine, we are not paying attention to what is happening in other crises around the world,” she said, vowing that it wasn’t so. Still, U.S. Secretary of State Antony Blinken complained at a Security Council meeting days later that Russia’s invasion is distracting the U.N. from working on other important matters.

In many years at the assembly, there’s a hot spot or news development that takes up a lot of diplomatic oxygen. As former U.N. official Jan Egeland puts it, “the world manages to focus on one crisis at a time.”

“But I cannot, in these many years as a humanitarian worker or a diplomat, remember any time when the focus was so strongly on one conflict only while the world was falling apart elsewhere,” Egeland, now secretary-general of an international aid group called the Norwegian Refugee Council, said in a phone interview.

Certainly, no one was surprised by the attention devoted to a conflict with Cold War echoes, oblique nuclear threats from Russian President Vladimir Putin, shelling that has endangered the continent’s largest atomic power plant, and far-reaching economic effects. The urgency only intensified during the weeklong meeting as Russia mobilized some of its military reserves.

President Andrzej Duda of Poland — on Ukraine’s doorstep — stressed in his speech that “we mustn’t show any ‘war fatigue’” regarding the conflict. But he also noted that a recent trip to Africa left him pondering how the West has treated other conflicts.

“Were we equally resolute during the tragedies of Syria, Libya, Yemen?” he asked himself, and the assembly. And didn’t the West return to “business as usual” after wars in Congo and the Horn of Africa?

“While condemning the invasion of Ukraine,” Duda added, “do we give equal weight to fighting mercenaries who seek to destabilize the Sahel and threaten many other states in Africa?”

He isn’t the only one asking.

Over seven months of war, there have been pointed observations from some quarters about how quickly and extensively wealthy and powerful nations mobilized money, military aid, General Assembly votes to support Ukraine and offer refuge to its residents, compared to the global response to some other conflicts.

At the General Assembly, she added that, from South Africa’s vantage point, “our greatest global challenges are poverty, inequality, joblessness and a feeling of being entirely ignored and excluded.”

Tuvalu’s prime minister, Kausea Natano, said in an interview on the assembly’s sidelines that the war shouldn’t “be an excuse” for countries to ignore their financial commitments to a top priority for his island nation: fighting climate change. Part of Bolivian President Luis Arce’s speech compared the untold billions of dollars spent on fighting in Ukraine in a matter of months to the $11 billion committed to the U.N.-sponsored Green Climate Fund over more than a decade.

To be sure, most leaders made time for issues beyond Ukraine in their allotted, if not always enforced, 15 minutes at the mic. And some mentioned the war only in passing, or not at all.

Colombian President Gustavo Petro devoted his time to lambasting capitalism, consumerism and the U.S.-led war on drugs, particularly its focus on coca plant eradication. Krygyz President Sadyr Zhaparov, whose country has close ties to Russia, homed in on his homeland’s border dispute with Tajikistan. Jordan’s King Abdullah II briefly mentioned the war’s effects on food supplies, then moved on to sustainable economic growth, Syrian refugees and the Israeli-Palestinian conflict.

Ukraine is undeniably a dominant concern for the European Union. But foreign policy chief Josep Borrell insisted the bloc hasn’t lost sight of other problems.

“It’s not a question of choosing between Ukraine and the others. We can do all at the same time,” he said on the eve of the assembly.

Yet diplomatic attention and time are precious, sought-after resources. So, too, the will and money to help.

U.N. humanitarian office figures show that governments and private organizations have put up about $3.7 billion to aid Ukraine and Ukrainian refugees this year. About $2 billion has been raised for war-torn Yemen, where the U.N. says over 17 million people are struggling with acute hunger.

And those are big campaigns. Just $428 million has been raised for Myanmar and for the Rohingya in Bangladesh.

Egeland’s organization helps uprooted people around the world, including in Ukraine. But he feels an “urgent need to get attention to absolute freefalls elsewhere.”

“It didn’t get better in Congo or in Yemen or in Myanmar or in Venezuela because it got so much worse in Europe, in and around Ukraine,” Egeland said. “We need to fight for those who are starving in the shadows of this horrific war in Ukraine.”

Associated Press writers Krista Larson in Dakar, Senegal, and Aya Batrawy and Pia Sarkar at the United Nations contributed to this report.

At anti-war protests in Russia, fears for the drafted as ‘cannon fodder’ and a brutal response by police