Bankman-Fried Pleads Not Guilty to Fraud Charges in FTX Case

Lack of jobs, the main driver of violent extremism in sub-Saharan Africa: UNDP

Pregnant woman GIVES BIRTH while buried under rubble in Syria

Does the State of the Union speech matter anymore? Here's what an expert says.

Rishi Sunak will shake up his Cabinet team TODAY 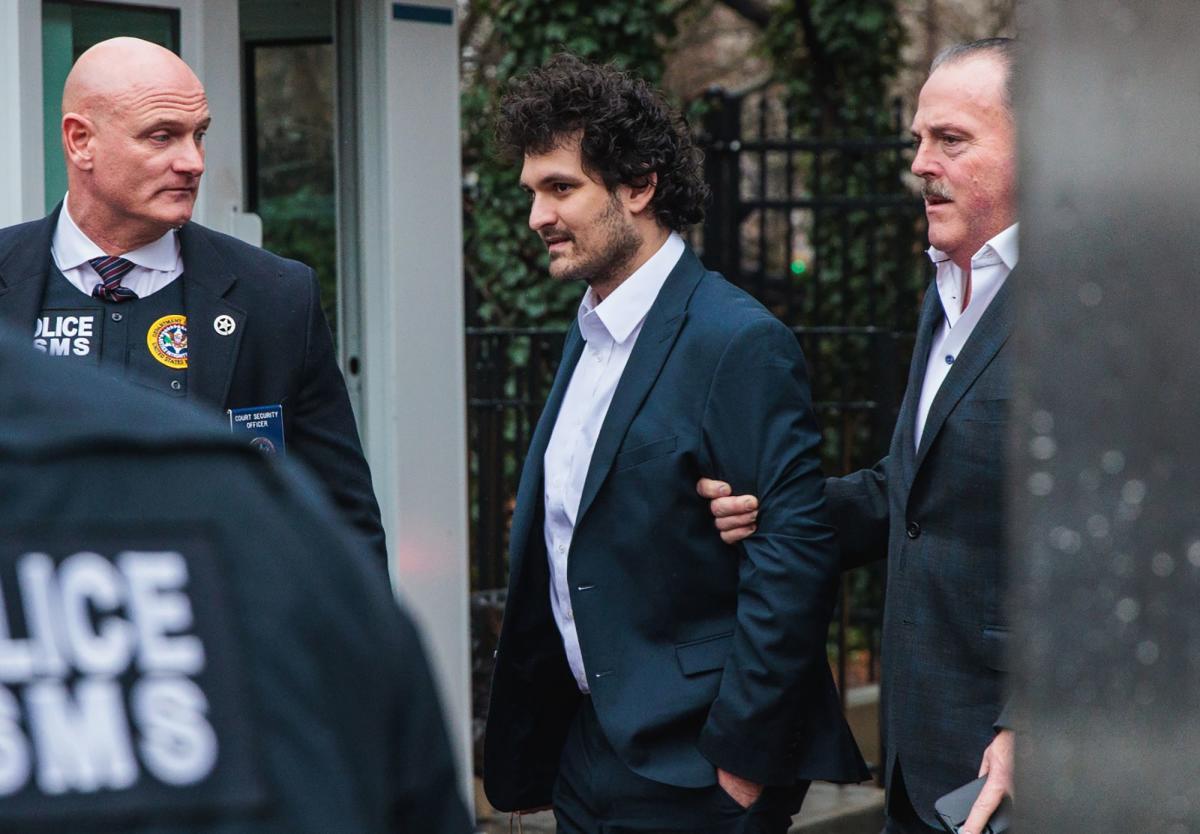 (Bloomberg) — FTX founder Sam Bankman-Fried pleaded not guilty to criminal charges Tuesday, a move that lays the foundation for one of the most high-profile white collar fraud trials in recent years.

The crypto founder appeared in US District Court in New York wearing a blue suit, white shirt and blue tie, and sitting at the defense table between his lawyers, Mark Cohen and Christian Everdell.

While the plea was not unexpected, it buys the 30-year-old more time, legal experts say. Bankman-Fried will get a better idea on the evidence prosecutors have against him and plan his next move – negotiate or fight. The plea puts the case on track for a lengthy trial, which could span several weeks and not start for at least a year.

Bankman-Fried emerged from a black SUV into a crowd of photographers and TV crews Tuesday, ahead of a 2 p.m. hearing scheduled in New York. In December, US prosecutors in Manhattan revealed eight criminal counts against him, including wire fraud and campaign finance violations.

“All the machinations of getting to trial will start rolling after the arraignment,” Andrew Jennings, a law professor and former white collar defense attorney, said. “But it doesn’t mean the government and Bankman-Fried can’t negotiate a plea.”

Assistant US Attorney Danielle Sassoon summarized the evidence against Bankman-Fried, noting that from the beginning FTX had a unique relationship with Alameda that allowed it to receive preferential treatment.

Manhattan US Attorney Damian Williams, who is leading the Bankman-Fried case, announced on Tuesday the formation of a task force of senior prosecutors to handle the investigation and prosecuting matters related to the collapse, made up of members of units probing securities and commodities fraud, public corruption, money laundering and transnational criminal enterprises. The task force, which will use the office’s asset forfeiture and cyber capabilities to “trace and recover victim assets.”

Jennings, now a professor at Brooklyn Law School, said Bankman-Fried would likely be considering whether he could and should negotiate a plea bargain. In that case, prosecutors may be willing to budge on what sentencing recommendations – the time they believe Bankman-Fried should spend in prison – they submit to a judge or drop one or more charges.

“Even if you have a strong evidential case going to trial, it does carry some risks,” Jennings said. “If the case is going to take weeks, it does take a very serious commitment of government resources. So the government, in general, is always open to reaching some agreement if it avoids the cost of trial.”

Pleading not guilty also opens up discovery channels. Bankman-Fried and his legal team, led by defense attorney Mark S. Cohen, will get a better insight into what evidence prosecutors have, including any exculpatory material.

US Attorney Damian Williams previously revealed the government had spoken to dozens of FTX employees and had tens of thousands of pages of material, including emails, financial statements and Signal messages.

The government’s star witnesses are some of Bankman-Fried’s closest associates – former Alameda Research chief executive Caroline Ellison and FTX chief technology officer Gary Wang. They have pleaded guilty to fraud charges in cooperation agreements carved out with the government while Bankman-Fried was still in the Bahamas.

While negotiating a plea is one thing, Bankman-Fried’s overall value as cooperator is somewhat diminished by the fact he is at the top of the FTX hierarchy.

“Even if Bankman-Fried wanted to cooperate,” the US Attorney’s Office for the Southern District of New York “would only agree to do so if he brought substantial value,” defense attorney Tim Howard, a former SDNY prosecutor, said. “SDNY does not like to cooperate down, and Bankman-Fried is likely at the top of their pyramid, so it’s unlikely.”

Only a fraction of criminal cases in the US end up going to trial. The FTX founder was arrested in the Bahamas on Dec. 12 after US prosecutors filed an indictment accusing him of spearheading a yearslong fraud through the cryptocurrency exchange.

He also is accused of misusing customers’ funds at FTX to cover personal expenses, real estate purchases and trading at Alameda Research, the hedge fund he established in 2017. In media interviews before his arrest, Bankman-Fried conceded being a poor manager with lapses in oversight but denied knowingly committing fraud.

He was extradited to the US last month and released from custody on a $250 million bail package. He is also facing civil action from the Securities and Exchange Commission and Commodity Futures Trading Commission. Those cases will likely be paused while the criminal case plays out.

Republican leader Kevin McCarthy fails in two votes for US House speaker, but will keep fighting

By Howard Schneider and Andrea Shalal WASHINGTON (Reuters) – Joe Biden speaks to the nation tonight at a time of...

Rishi Sunak is shaking up his Cabinet today as he finally replaces Nadhim Zahawi as Tory chair and overhauls major departments....

Despite not being in the lineup, Steph Curry was hyped for Klay Thompson's performance against the Oklahoma City Thunder.

Winners and losers from the Clash at the Coliseum

Martin Truex Jr., Austin Dillon, and Kyle Busch were the top three finishers during the Clash at the Coliseum, NASCAR's...

Super Bowl 2023: Chiefs vs. Eagles breakdown by position. Which team has the edge?

Some Super Bowl hosts have had better luck than others.