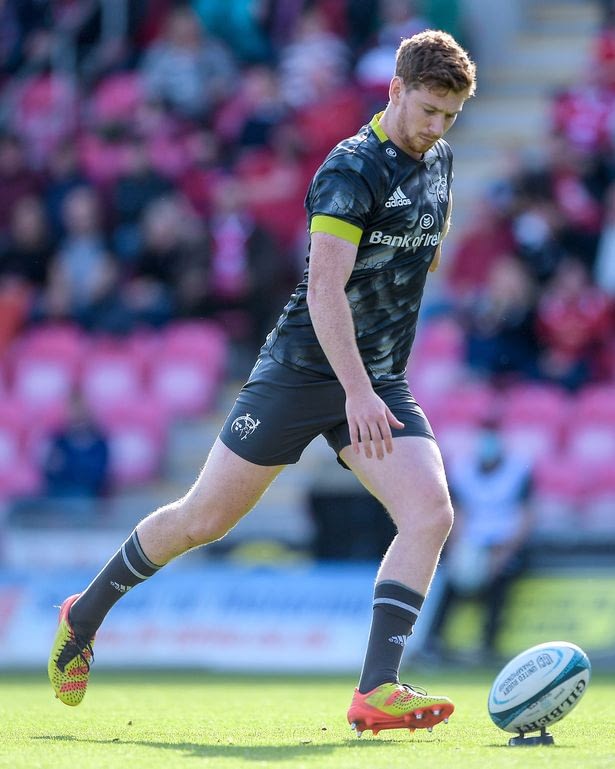 Ben Healy’s “massive” improvement has put him in a fight for Munster’s no 10 jersey, confirms Reds defence coach JP Ferreira.

While Healy has looked good in patches and cameos, he was commanding from the kick-off in helping the province to a bonus point win at the Scarlets last Sunday.

And with Joey Carbery still finding his way back to his best after a long-term absence through injury, Healy is now seriously in the selection equation.

Asked if it was now a debate over who plays, Ferreira replied: “It is. So is every position in the squad at the moment, and that’s what we’re after.

“The squad (depth) is massive, that’s what we want. We want people pushing for positions and pushing for starting line-ups, so it puts pressure on everyone around in your position.

“That’s what we are creating, and ultimately that’s going to create a better Munster side going forward so that with that squad depth, they can do the job week-in, week-out, and it doesn’t matter who we select.

“Ben has improved massively. Physically he’s a big body. He’s 98kgs, you wouldn’t say it (to look at him), but he is.

“We’ve worked hard on his defence and the mental side of it.”

“So on the weekend I was really chuffed with him, just putting his body on the line, especially off that first phase in the lineouts and making his hits, and him almost setting the tone for the rest of the defence coming off lineouts.

“So he’s grown and he’s evolving and he’s really a student of the game.

“He sits with myself and he sits with Steve a lot, going through different aspects of the defence and obviously the attack, so Benny is doing really well.”

Official home of the Irish Daily Mirror on Twitter – the latest news, sport and celebrity gossip. Also on Facebook http://fb.me/IrishMirror