Biden appeals to keep COVID restrictions in place for migrants at U.S.-Mexico border 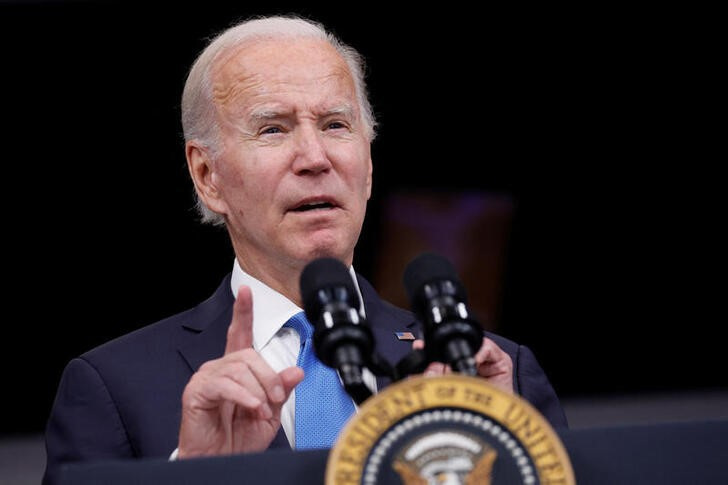 WASHINGTON (Reuters) -U.S. President Joe Biden’s administration on Wednesday said it will ask a federal court to keep pandemic-era restrictions for migrants at the U.S.-Mexico border in place, a striking reversal after they sought to end the restrictions this spring.

The administration in a court filing said it wants a higher court to overturn a November ruling by U.S. District Court Judge Emmet Sullivan invalidating an order known as Title 42, which blocks some asylum seekers at the border.

The administration also said the U.S. Centers for Disease Control and Prevention (CDC) is working on a regulation to formalize the border restrictions.

Issued in March 2020 under former Republican President Donald Trump, Title 42 allows U.S. authorities to rapidly expel migrants caught at the border to Mexico or other countries without the chance to pursue asylum. Sullivan said the order, which had the stated goal of curbing the spread of COVID-19, violated federal regulatory law.

Biden, a Democrat who took office in 2021, pledged to undo Trump asylum restrictions. But his administration initially kept the order in place for more than a year amid record migrant arrests at the U.S.-Mexico border. This May, the U.S. Centers for Disease Control and Prevention moved to terminate Title 42 saying it was no longer needed for public health reasons, but was unable to end it due to legal challenges.

After Sullivan ruled Title 42 was invalid, he gave the administration until Dec. 21 to prepare for its winddown.

U.S. officials have been preparing for a possible increase in illegal border crossings if Title 42 ends.

The decision to appeal comes as the Biden administration is weighing the use of other Trump-like measures to deter migrants, drawing rebuke from immigration advocates.

The appeal comes as a coalition of states with Republican attorneys general are seeking to intervene in the lawsuit to keep Title 42 in place.

(Reporting by Ted Hesson in Washington; Editing by Mica Rosenberg and Aurora Ellis)

Apple: Most iCloud data can now be end-to-end encrypted