‘Nato did not defeat terrorism, but helped Afghanistan’…

8-Bit Capital, co-led by Jonathan Abrams, has closed its…

Biden Declared ‘America is Back’ in June. The World Is About to Test Him. 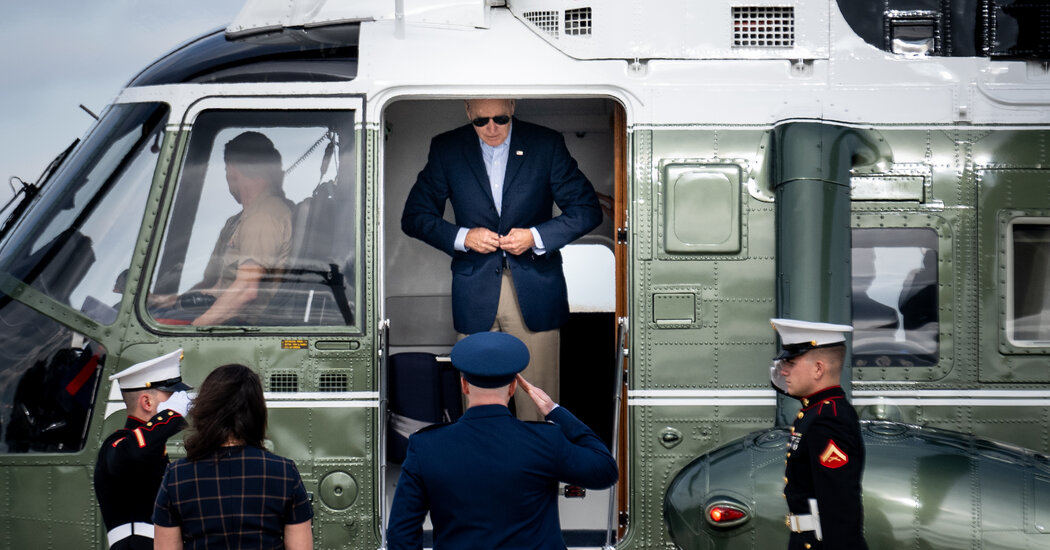 WASHINGTON — When President Biden gathered with world leaders at an English seaside resort in June, it was a backslapping celebration of America’s return to diplomatic stability after four years of public dressing-downs and impulsive policy withdrawals under President Donald J. Trump.

“America is back at the table,” Mr. Biden declared at that meeting, the Group of 7 summit.

In the tumultuous four months since, the president has found that not being Mr. Trump is not enough to accomplish his ambitions at home or abroad.

In his last public remarks before leaving Washington for the Group of 20 gathering in Rome this weekend, Mr. Biden was still struggling to unify Democrats behind a $1.85 trillion economic and environmental spending plan. That blueprint included more than $500 billion to combat global warming, which he had hoped to use as leverage to secure commitments from other leaders when he attends a climate summit in Scotland early next week.

Mr. Biden, who often refers to his skills as a negotiator and his decades of foreign policy experience, will seek commitments from foreign leaders to combat the pandemic, untangle supply chain knots and slow a rush of inflation around the world. He will also seek to counter criticism about the chaotic withdrawal of American troops from Afghanistan in August and mend a rift with France over a nuclear submarine deal.

“I do still think that the president enjoys a tremendous amount of fundamental good will in Europe,” said Ian Lesser, acting president of the German Marshall Fund of the United States. Although recent polling from Gallup shows that America’s standing around the world has rebounded from the lows of the Trump era, “just because Biden is not Trump doesn’t make all of the policy issues easy to address,” Mr. Lesser said.

Mr. Biden will begin his time in Rome by visiting Pope Francis, but after that, diplomacy is on the agenda. He will meet Sergio Mattarella, Italy’s president, and Mario Draghi, its prime minister, and hold another meeting later that day with President Emmanuel Macron of France. Giving the French priority is a signal that Mr. Biden is trying to assuage them after the United States reached an agreement to provide Australia with nuclear submarines — effectively cutting France out of its own multibillion-dollar submarine deal with Australia.

The Stakes at the U.N. Climate Summit

About 20,000 people will attend COP26, a climate change conference hosted by the United Nations starting Oct. 31 in Glasgow. Participants are seeking to set new targets for cutting emissions from burning coal, oil and gas. Here are a few things to keep in mind before the gathering begins:

The president will not meet with two rival leaders — President Vladimir V. Putin of Russia and President Xi Jinping of China — who are staying home from the conference over Covid concerns.

Before the trip, Jake Sullivan, the president’s national security adviser, discounted the idea that Mr. Biden would have less of a leadership role at the two summits if he traveled to Europe without a signed economic and environmental spending deal, or the passage of the major infrastructure bill pending in Congress.

Speaking with reporters on Thursday aboard Air Force One en route to Rome, Mr. Sullivan said Mr. Biden would announce plans to modernize stockpiles and “create resilient supply chains.” He said another major focus at the G20 would be securing a communiqué that would outline a plan to protect the globe against future pandemics.

“What the G20 will be focused on is the future,” Mr. Sullivan said. “How do we prevent a future pandemic? How do we ensure that the world is coordinated in a way that it wasn’t sufficiently coordinated when Covid-19 hit last year?”

And Mr. Sullivan said that the president considered the absences of Mr. Putin and Mr. Xi not as an obstacle to coordination but an opportunity to showcase that Western democracies are capable of working together to solve current and future threats. On Saturday, Mr. Biden’s first major meeting of the summit will be focused on economic policy and the pandemic, and then he will meet with the leaders of France, Germany and Britain to discuss ways to get the 2015 nuclear accord with Iran back on track, one of Mr. Biden’s most elusive diplomatic goals since assuming the presidency.

Gita Gopinath, the chief economist at the International Monetary Fund, said that the most urgent economic task for leaders at the G20 summit is slowing the pandemic — in large part, she said, by making good on promises to ship vaccine doses to less wealthy nations that remain critical to supply chains and the global economy but have struggled to gain access to shots.

“To truly end this health crisis and its accompanying economic crisis, we need to get to widespread vaccinations everywhere in the world,” Ms. Gopinath said.

Mr. Biden’s advisers said he was counting on at least one economic policy victory from the conference: the blessing of a global agreement to set minimum levels of corporate taxation, aimed at stopping companies from sheltering income in tax havens like Bermuda.

Mr. Biden’s softer diplomacy skills will be put to the test when he meets with Mr. Macron hours after he arrives in Rome. In September, Mr. Biden’s administration caused a diplomatic row with the French after failing to notify them of its deal to sell nuclear-powered submarines to Australia, an accord that gutted a $66 billion French project to build attack submarines.

The deal, announced as part of a new defense alliance with Britain and Australia, so infuriated the French that Mr. Macron recalled his country’s ambassador to the United States, Philippe Étienne, for several days. American officials, including Antony J. Blinken, the secretary of state, have streamed through France trying to repair the damage. Vice President Kamala Harris is due in Paris in November.

Célia Belin, a visiting fellow in the Center on the United States and Europe at the Brookings Institution, said in an interview that the Biden administration seemed to forget “the tasteful art of diplomacy.”

Since the blowup, Mr. Macron has spoken openly about the need for European nations to practice so-called strategic autonomy, a policy that would gradually mean countries like France would rely less on the United States for military assistance. As the summit gets underway, Europeans will be watching with interest about whether Mr. Biden supports such an initiative, Ms. Belin said.

Mr. Biden is also expected to address at least one more rocky diplomatic relationship while abroad. In recent days, President Recep Tayyip Erdogan of Turkey has threatened to recall its ambassador to the United States after several embassies, including America’s, called for the release of an imprisoned activist.

‘An act of hate’: Actor charged with vandalizing of George Floyd statue in New York City

The Fate of the Minneapolis Police Is in Voters’ Hands

Emmett Till: US closes investigation without charges